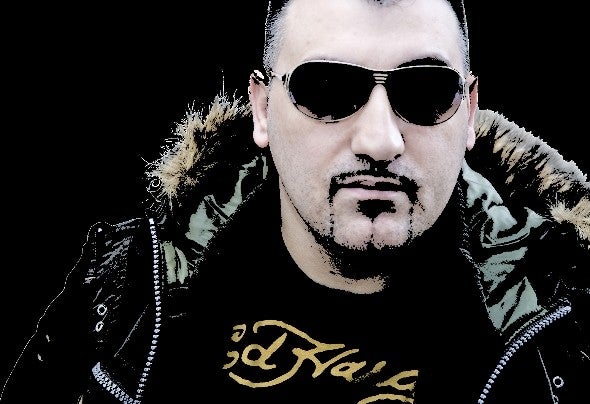 Beginning in the 1984 Stefano starts from a small radio of Verbania. In 1992 he produces the first disk on the PLM Records, with Paul Bardelli and Roberto Corinaldesi, of Radio Milano International. While continuing his broadcast activities, he begins to work in many Clubs and to produce various disks; alongside, as Judge, he participates to a contest of the ANDJ Italia. He meets and becomes friend of Maurice D’Ambrosio (MEPHISTO); with his cooperation he produces: Makin'Love, of the You Rouge, Better World of Ampak, included in the compilation Energy House 99, ALPHA DJ (Aka Stefano Valli) with Urlando contro il cielo, the cover of Ligabue, ranking the first 10 positions in the Italian Dance Chart. With the Desastre Records and, thanks to ROLAND BRANT, he publishes various disks with his name, Message One, Message Two Ep, Jump of the Van Halen Remix. With Mephisto he arrives to the disco Titanic of Lugano (6000 people per Week end), where high of the calibre guests pass like ROBERT MILES, SCOOTER, ICE MC, DOUBLE YOU, ALEXIA, GIORGIA, GAM GAM, JOE T. VANNELLI, ROLAND BRANT, WALTER NUDO, RAZ DEGAN and many others. He participates as guest in the party of the Desastre records to the mythical Duplè, and he begins to work in the best places in Italian Switzerland; in Lugano’s Villa Sassa, Beach of Lugano (summer seasons), Morandi Club, Underground, New Orleans Lugano (evening birthday Paul Meneguzzi), Alkatraz (Riazzino), Ral 3018 (evenings with guests like Canalis, Alex Gaudino), and the great parties of the REMEMBER KURSAL, Verbania (Italy), with: MEPHISTO, JODY J,SANDY MARTON, RIGHEIRA, SNAP. He cooperates with the project DJ Nation and publishes Baby Organ on many Music Stores On Line. In 2008 he meets Andrea Corelli of the M.O.D.A. Music Fashion and publishes Chariots of Fire (Cover of Vangelis), Bleeding Heart Graffiti (cover of The Cult), I Can Feel the Beat and a version of the disk of the Coffee Shop from the title Movin, for Silvio Carrano, Yo! Dj Pump this Party for Andrea Kerubini, placed on the most important Music Stores On Line of the Planet. In 2009 he creates, Billie Jean of Michael Jackson Remix, that on the blog of Radio Deejay totals thousand of contacts and listening, which today has become one of the song of the record label Stefano Valli, with MJ FOR DJ, Alpha Music Production and produced artists as: JAMES SULLIVAN, JAROVA, SANDEE, ANTHONY CAT, ANDREA KERUBINI, MR-ATJ, FUNKIN OUT, and many others and remixed records for Bruco, Daniela Ligorio and Piso.