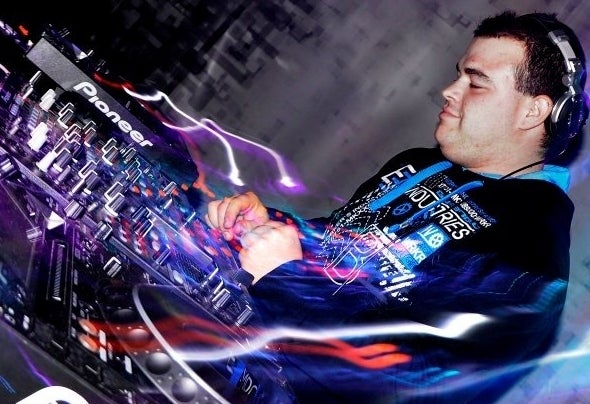 Darjan Brdnik a.k.a. The Frog has been a music junkey since his childhood.It all started with punk, but after a couple of years he first came in touch with electronic music. It inspired him and soon after, he was already spinning records.It has been 10 years since then and he is still spinning - crazier than ever!The music he plays is a unique journey into his own techno sound, with tracks in the sets being mostly his own or special tracks from his fellow djs. He has played on part ies wit h many worldwide known djs like matt m maddox,luka baumman, viper xxl, petar dundov, aka carl, veztax, misjah, rydel, reaky, thermo and many more! He has also played on well known virginity nights which hosted dj's like ben long, dj boss, reaky... Than he decided to make a big change and he started searching his own unique techno sound. His first release was back in 2007 but now you can find his tracks on many well known labels. His favorite producers are thermo. eric sneo, chris leabing, reaky, adam beyer, aka carl, alen milivojevic... He is one of the warriors who are trying to get the real techno back. And for shure he won’t disappoint you on party as dj. Also he is one of the founding fathers at NWORec and is managing release schedule for BETA label.