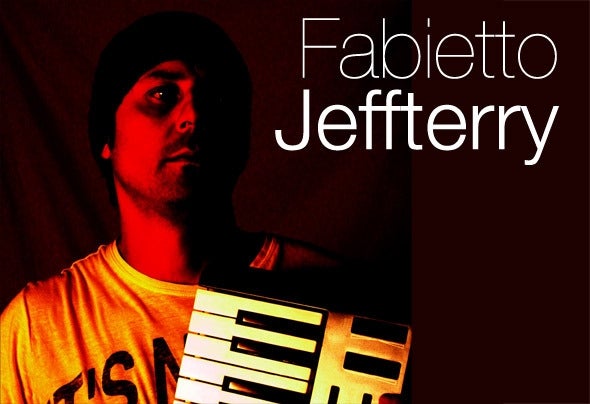 The music is a touch of freedom, a way to express themselves and him creativity, he didn't compose and never plays the music that it doesn't leave anything inside of themselves ..... Fabietto, grown between the notes of black music of late 80's, he formed his musical background, listening to the greatest of R&B, Funk as George Benson, Earth, Wind & Fire, Stevie Wonder, and much more, he started his career like a DJ at the nightclub "VELENO" of Rome. With the rise of House music, he has dedicated at this kind for many years, after which go back to the roots of the disco. Today his performances and compositions, spacing from deep house to electronic techno sounds. Start like producer in 2002, working with Charlie Cannon, a senior of Gospel music, signing his first record release with Nitro Records, released on vinyl on an international scale as France, England, Germany, reaching even overseas in Japan and Australia.In the summer of 2003, he releasedca promo for Equal Records unpublished of Pete Williams Sexxy. in 2011, subsequently he joined with Cristian Scaglione, forming the duo DJ Producer with name "Jeff&Chris" producers together for the first time, produced a single for the label Beenoise Records, with the song "TROMBA ETNICA".In 2012, release his new single "Allenby" which opens a new paragraph Techno, with his label Glorioso Sound.Your DJSET changes with more kind of sounds, his performances don't remain bound to one type of sound, try to follow a refined musical selection, dragging, varying with touches of Deep House, Techno, mixing also rare groove tracks of '70.... his live-set shows are integrated with, live percussions and synthesizers use live, creating almost experimental-atmospheres.