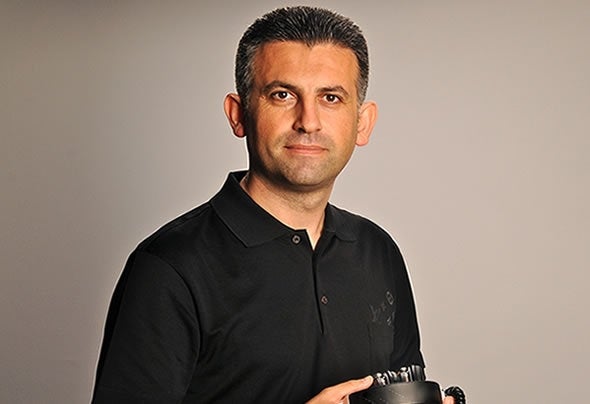 Also known as Og I Can. Born in Istanbul 1975. Early age he starts djing at home parties, birthday celebrations and making mixtape (casettes) for close friends. He got his first keyboard in elementary school and learned to play some classical songs with his music teacher, who thinks that he has very good ears for beats. He was on dance music scene since he was 17 years old performing in local clubs (Taxim Nightpark, Club29, Cantina, Magma, Club2019- Istanbul, Club M&M-Bodrum) had sessions on radio stations (Radio2019, Energy102) and had gigs in fashion lounges like Armani Caffe- Istanbul. He moved to New York at age 23. He has residency at Café Astoria in Queens and had plenty of gigs in village clubs in East New York with Deep Transition Team. After having true taste of NY style house music, he headed south to discover Miami Bass. Also he had residency at Cafe Segafredo (2005-2007), Opium Garden, Hotel Setai and Florida Room. Completed his education in Miami. He has BS degrees in Marine Biology, but none of that made him what he wanted to be, even though he still honored himself as a good educated person he says. Miami Beach transplant from Istanbul native, The Hermes of urban with hi off the life experience, lots of spirit and groove to succeed. This rhythm will not stop; I want to share as much as soul in the rhythm, soul in the mix with many people possible, music and life 24/7 says with a strong smile. His session starts with memorable festival anthem style intros and builds up to big-room house melodic euphoria smashing the crowd. It’s all about making your mind unravel and your body feels the motion. All you can see are a lot of happy bobbing heads, electro synthesizers pumping, phantom choirs, carnival rhythms and the banging house beats. I have been making beat for a long time, but I didn’t have any chance to put them out digitally he says. Since he start to use DAW’s, he begun to produce his own house music. Currently signed with Pro Clubbin Records and you can find his releases on well-known music stores and purveyors worldwide. Inspired by Daft Punk, Mood II Swing, Full Intention and Fred Everything… Everywhere around the world where the boundaries of club music are pushed, he was there. He was initially stirred into action by big room house, electro house and progressive house to unchallenging pleasure.