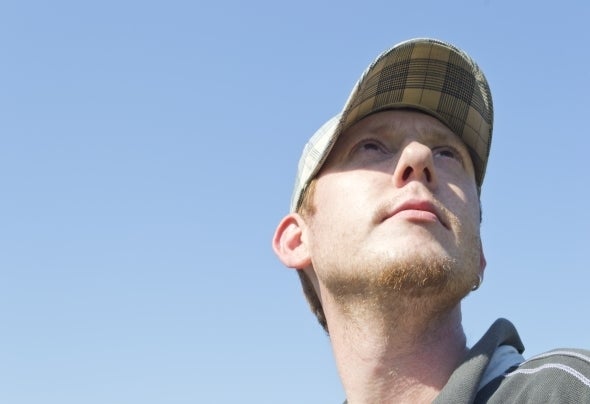 Born 1980 in the beautiful City of Dresden/Germany, Bjoern aka. Blunted Force discovered his passion for good quality music early in his life after the german wall came down. The love for electronic music started in 1996, as he went with some friends to one of the early big technoraves in his hometown. There in between a few thousand wild dancing people, he had a mindblowing experience and the vision to start from this moment on his own electronic dancemusicproductions. First creations have been realized with early musicsoftware like Fasttracker II. Over the years, his own knowledge in sound-engineering, editing, and arranging the music, has grown steadily. With help of new softwaretechology and different studiohardware, he developed his own unique signature of modern Trance sound, that takes listeners into another world. Also he worked in close partnership with well-known international musicians and vocalists to produce a number of amazing tracks in successful cooperations around the globe. For example, he worked with singers like “YEM”, “Sopheary”, “Ilana Harkavy”, “Hannah Magenta” or the argentinian grammy nominated producer “Mariano Ballejos/Baiaz” – just to name a few. He started to play together with a good friend live on stage in 2003. Since that time, he played as DJ & Liveact in different important Techno locations in and around his own city and as closing act of the first peace-people-musicparade in “Dresden”. After all, since his beginning, he has produced eight of his own artist LP´s, numerous EP´s, as well as various remixes for other musicians and friends. His songs were often played in different international radioshows and featured as tracks of the month. Open-minded to special experiences and always pushing forward new musical horizons, Björn has also developed a progressive side project called "Liquid Progression”, and he drops massive beats in his two live act´s "Hinz & Kunz" (with Atomic Fu) and the “Techno vs Rock-Liveband” “Elektro Kosmonauten” . In 2011, the Frankfurt based well known dancelabel “Planet Bass Records” signed him as official artist.