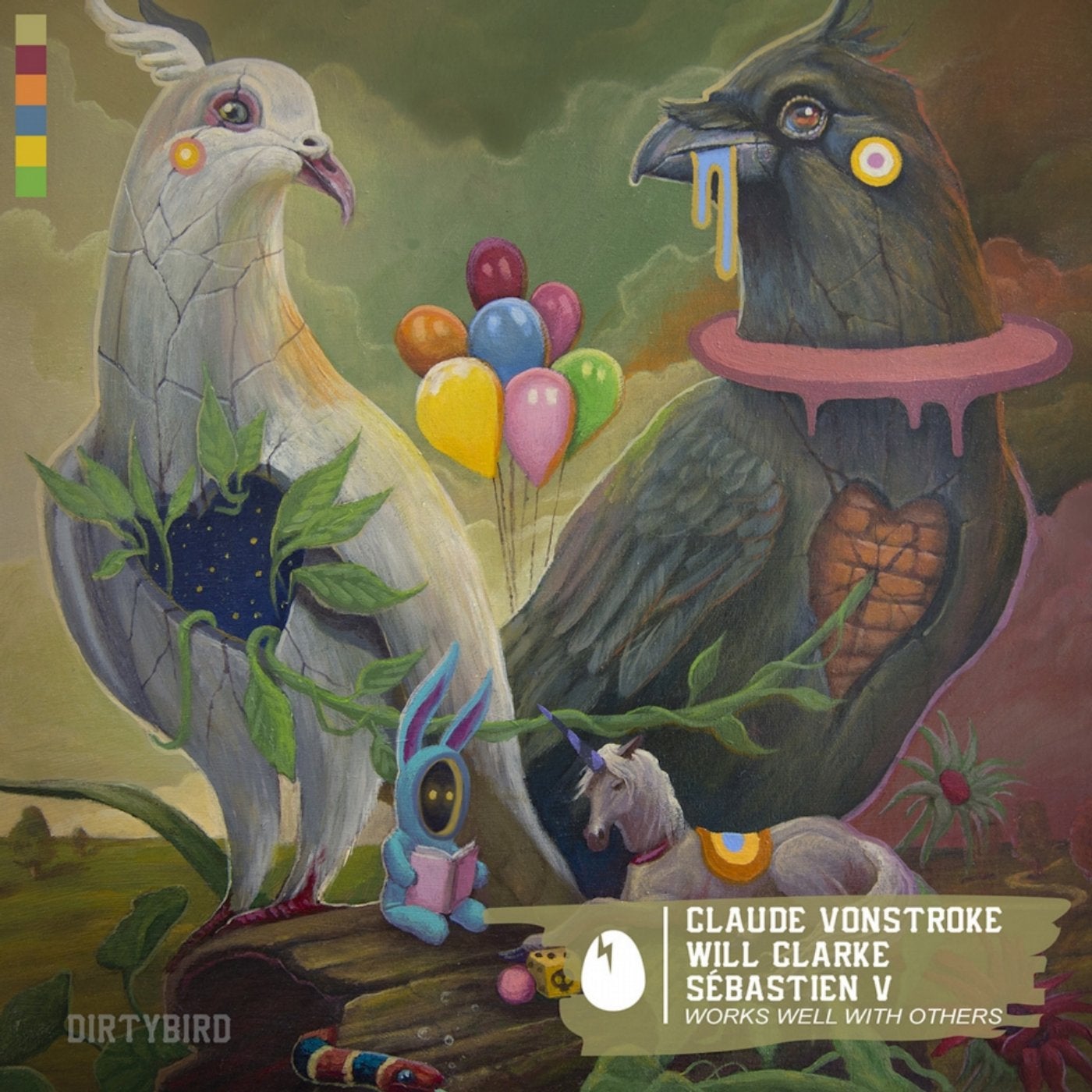 2016 was a banner year for Dirtybird's founder, Claude VonStroke. He debuted his Get Real alias with Green Velvet in the winter, and followed up with another number one single in the spring with "The Rain Break". He celebrated the 10th anniversary of "Who's Afraid of Detroit" to kick off the Summer, and finished in the fall by being crowned 'America's Best DJ' by Pioneer at a ceremony he shared with all the fans at the Dirtybird Campout.

After a relentless touring schedule the first half of 2017, Claude hit the studio with a couple ace producers, Will Clarke & Sébastien V to collaborate on two giant singles for the "Works Well With Others" EP.

"Tiny Tambourine" is the product of Will Clarke & Claude working together. It's a bit of a misnomer, as 'tiny' is the last word to describe the heavy bassline which starts to form immediately at the track's outset. Continuing to build over crisp and heavy beats and outbursts of drama before dropping back to the burly bassline, the result is monstrous. Will Clarke has been on a Dirtybird hot streak having released 3 solo EPs, 5 singles, an appearance on Justin Martin's album, as well as a brand new collab with Shiba San on the BBQ compilation and a full takeover on the Birdhouse radio show.

On the flip side, Claude teams up with one of Dirtybird's freshest talents, Sébastien V, for "Daylight Dark Room". A light, melodic tone contrasts with a dark and funky acid resonance to create a truly unique masterpiece. The mysterious Sébastien V was also featured on the Dirtybird BBQ compilation with his super-hot track "Funkulate," and there are rumors floating around that he is actually someone from the core Dirtybird roster sporting a secret alias.

Works Well With Others