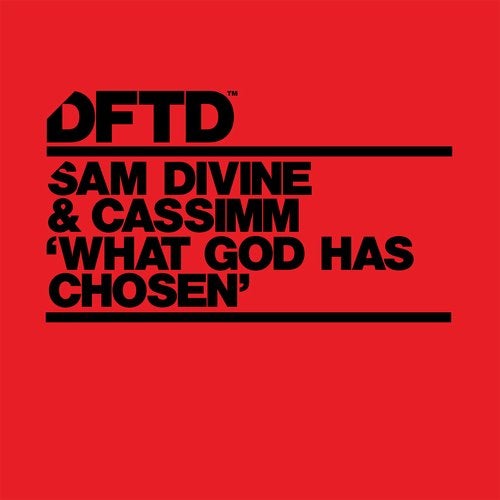 The dream team Sam Divine & CASSIMM join forces once again for their latest co-production on DFTD, following up on the success of the pair's 'In Da Nation' EP. It's been a huge year for Sam Divine, whose DVINE Sounds imprint continues to rise, alongside playing global hotspots and supporting Defected at numerous club shows, festivals and their Ibiza residency at Eden. CASSIMM's 2017 has been just as impressive having released huge records on DVINE Sounds and Low Steppa's Simma Black imprint, meanwhile keeping up a busy tour schedule.

'What God Has Chosen' demonstrates a maturing studio sound from the pair, packed with tight rolling grooves, synth stabs and hair-raising build-ups. The track has become an anthem for Sam's 'Openers' live concept, nailing a versatile deeper-reaching sound at home at the beginning or end of a set. The latest effort from these two artists is further evidence of the magic that happens when they step inside the studio together.

What God Has Chosen