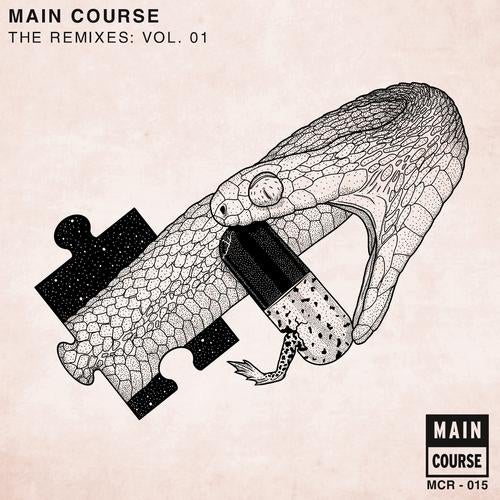 Back for seconds? We don't blame you. The 1st batch of remixes have started to surface from our earlier releases, and we've boxed them into 'The Remixes: Volume 1'. 8 tracks of re-envisioned club madness, with a familiar taste. Starting it off, Melbourne artist Di Apprentice hop's on Swick and Lewis Cancut's infectiously playful 'Hi Score' encouraging all de girls a Whine, Whine, Whine. This track screams crossover / radio / dancehall hit, all day. Trouble & Bass's AC Slater shows the greyer side of His Majesty Andre's smash 'Sunshine' with an overcast, garaged influenced mix. All seasons groove, no doubt. Amsterdam's Jeff Doubleu takes Bot's triumphant Barefoot and put some shoes on it. That means you can step the fuck off if you don't like it. Undeniable. The next dish, served by yung Swedish chef Raymond Lam is a unanimous hit at all dinner parties, and discotheques. Hi Score hits the bonus rounds with this remix, already gaining massive support from folks like Clockwork who have pegged it as a peak time set staple. Label man Bot shows another chamber in his ever-expanding arsenal, as he turns Astronomar's rambunctious 'Like This' into a jovial jaunt through warehouse corridors. DC's Nacey remixes one of our most trippy offerings thus far (Will Eastman's 'Caroline'), and spanks it with the funk, harkening memories of a Tennesseean stripper with the sass of Dolly Parton twisted on peach schnapps. That was a good night. No, that was a GREAT night. After that, our Italian cuzzo's 2D Noize spelunk into an ice cave and carve a new version of Astronomar's Pay Attention. Which is amazing, because how do you have time to spelunk when making such sick tracks? And finally, we return to the classics, the first remix we released from Rinse FM's Roska – repacked for your convenience. All 8 tracks are ready for takeout December 10th on Main Course.