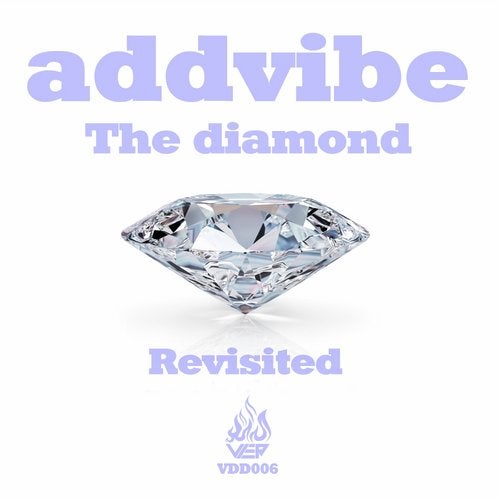 Back in 2014, addvibe signed up with US label Cyberjamz records and head honcho Sammy Rock for an four track EP with US producer Tayo Wink and Germans own production team First touch on remixes. The track 'The diamond' soon became a gem for those deep house heads that love house music infused with organic elements. It even made it to the legendary 'Deeper shades of house' radio show with Guru Lars Berenroth approving the track. And this track got it all!

Great musicians has contributed with jazzy guitar, trumpet, rhodes and vocals. Even addvibe himself has, including producing this fabulous track, done both adlib vocals and percussion. So it is with great pleasure for VIER to re-release this track with two new remixes!

First out it's the Nuheadz stripped remix. Stripped down from the original it is, but still warm, groovy and effective. addvibe himself, has gone back to his roots on the 'Slomoo remix,' back to his the days of hip hop, and pulls the track all the way down to 92 bpm for his new take on it. Does it work? Hell yeah! Even Barry White would approve this long, slow, sexy grinder of a remix!
On the top of this you get both the First Touch remix and the original mix remastered for your system. Enjoy!