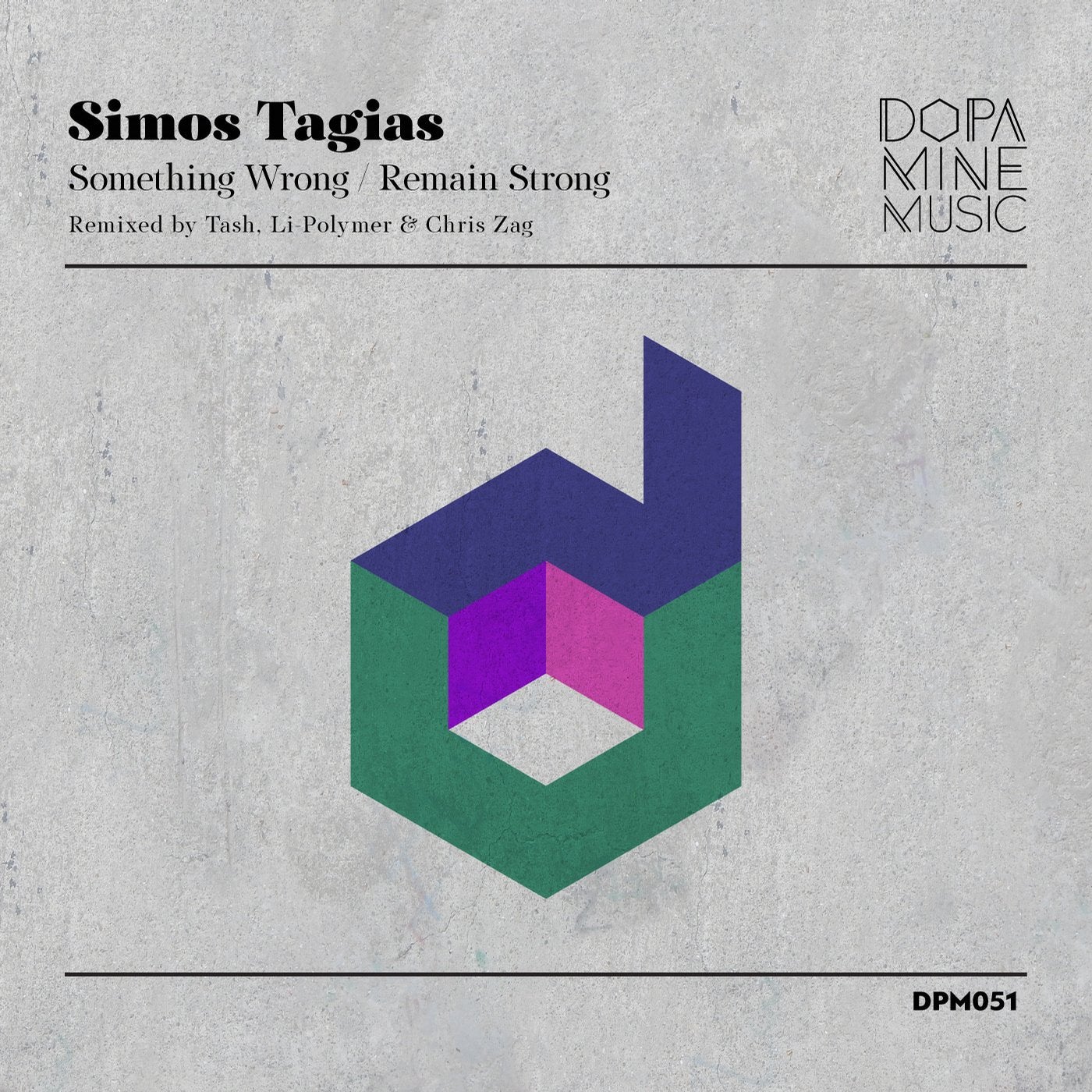 The 51st release on Nikko.Z's Dopamine Music finds the label revisiting Simos Tagias' 'Remain Strong EP'. Originally released in January of last year the two track offering proved to be one of the labels most successful projects, as both tracks currently sit in the catalogue's top 5 best sellers. Now for Dopamine Music's second release of 2016 we see the label calling upon Tash, Li-Polymer and Chris Zag to update the tracks for the new year.

Greek artist and Movement Recordings label boss Tash has long been a prominent figure in his countries dance music culture. His long standing imprint, branded events and much loved DJ sets have sealed his place in the hearts of electronic music lovers. Here he makes his Dopamine Music debut and reworks 'Something Wrong' in his own inimitable style. Beginning with a percussive framework and driving foundation it doesn't take long for Tash's production hallmarks to suck you in. As heavenly pads descend over the groove vibrant stabs pierce the air. It's effortless flow and electric nature carries into a stripped down second act where the atmospheric subtitles really shine. The main break is highlighted with emotive bass mods and a tasteful build, which brings just the right amount of punch to deliver a warm rush of emotions, all while keeping the cool vibe of the groove intact. Monster remix from Tash.

The second and final interpretation of 'Something Wrong' is provided by Li-Polymer who is making his first appearance on Dopamine Music. The Portuguese producer began the year on a great note, remixing Kieran J's 'Color Transitions' for Sound Avenue. Showing up more and more in the charts and sets of Hernan Cattaneo, Li-Polymer has quickly become one of Portugal's most recognized progressive house talents. Here he continues his momentous run with a great interpretation of 'Something Wrong'. Anchored by a chunky groove and deep undertones Li-Polymer slowly adds an array of fresh designs. Wonderfully subtle and meticulously crafted, the spaced out electronics begin to paint an amazing sonic picture. An expertly executed break precedes an even more emotive conclusion, with greater cadence and thus a great nose for the deeper dance floors. Beautiful work from Li-Polymer.

The lone interpretation of 'Remain Strong' is provided by Chris Zag who is making his first appearance on Dopamine Music. For the Greek artist this will be his first officially released production after years of perfecting his studio skills under the guidance of Dopamine boss Nikko.Z. With the label from its inception, both from an AandR and administrative perspective, Chris has been a key component to the imprints success over the last several years. Now for his debut production on the label he takes on 'Remain Strong' and closes the release out on a high note. Beginning with a low slung groove, sweeping effects and buzzing hypnotic lines, Chris quickly builds momentum around the pulsating foundation. As melodic motifs fill the air the track transitions into a quick drop before you swiftly get taken back into harmonic heaven. Emotive chords pave the way for the main break which delivers what is perhaps the most heartfelt moment on the EP. Delicate and beautiful, it's a fitting rework of the track, as Chris gets right to its emotional core while adding his own unique twists along the way. An impressive debut for the Greek artist who you're certainly going to be hearing a lot more about in the near future.