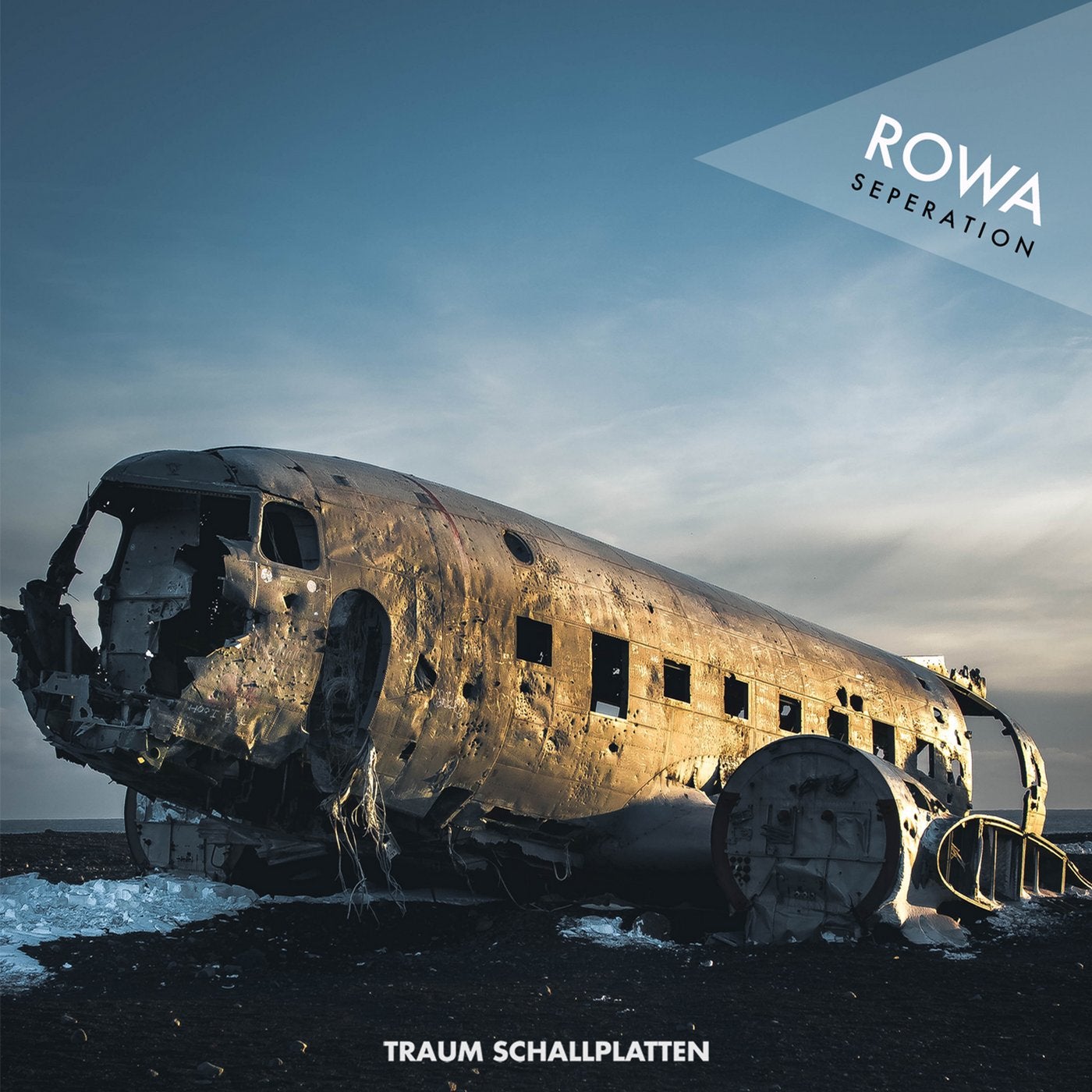 Wunderkind ROWA from Rudolstadt, also home of fellow artist Robag Wruhme, conquers the world with another EP on TRAUM.

His newest invention is the "Separation EP" in which he shows his great talent to catch moods of the things next to him.
ROWA is a profound observer and this gives him the ability to translate his impressions into his music.
Internationally he has already been acknowledged as a noteworthy producer with support of UK legend John Digweed and Nick Muir.

The EP starts with "Leipzig", a city he loves very much. A city creating in this modern age of start ups an idyll of peaceful relaxation connected with nature.
It is this combination that keeps him alive and as he says himself: I could never live in Berlin I prefer to always be in touch with nature and a rural community where people know each other.In terms of music "Leipzig" shows a composition that feels like a drone flight through the city. The hovering of the lush melodies have a light and charming quality and at the same time are very complex and you instantly feel pulled into another world.
This track also struck us because of its amazing production. It shows a significant development compared to his predecessor EP and leaves us with gaping jaws!
In detail, the sounds on this track are very vivid and sculptural, like grapes on a plate you want to grab.
Captivating and genre bending ROWA manages to give the term 'multicultural world' a new home in the way he picks up the manifold colors on that trip.

ROWAs love for ambient music is expressed in his second track "Zeitraum". And we believe that this kind of music is one of his big talents that we will see more of in the future. The track translates into English as a period of time and shows several stages of himself, from early years to now.The track is for us maybe the best piece of music he has written so far. It is music that gets under your skin... so intense and beautiful we would not mind if it would run for ever.

On the Club version of "Zeitraum" ROWA features Jonas Fritz who has recently recorded his first EP on Traum.
Harmonizing perfectly they manage to keep the minimalist set up of the original without adding additional elements and thereby keeping that simplicity and hypnotic quality of the original transporting it into the club with bavour!

There is something indisputable British with the remix of John Digweed & Nick Muir. Something only the British can do and this is to mix genres with a coolness and airiness that you might know from fantasy movies. That fantastic side of things that glows in the dark, that sticks to your head even when you don't think about it... that ever growing wave of sound that can be at times as tiny as an insect and as mighty as heavy rain that quality is visible in this remix and it is executed in absolute perfection. It is a real master piece.
Lay back and chill and you will dream of more things you can imagine you ever dreamt of.

The Teenage Mutants need no introduction they have been all over the place in recent months and have been asked for a remix that actually catapults the ambient track "Zeitraum" into techno heaven! No peace for the wicked, the dance button has been activated, there is no way back. Forward ever, backward never. The energy level is near meltdown. We must keep dancing to this magnetic field of techno electricity.

The Swiss artist Stone Leaf has interpreted "Zeitraum" in a totally different way, a way we are very happy with! This version captures the ambient vibe of the original but channels it in a very different way still keeping the hypnotic feeling but adding a kind of hallucination. Fantastic are the very loud chords of the original which elevate the track in an incredible way that creates instand goose skin. A remix by a very gifted musician and you will notice from the beginning that something magic is too unfurl. Listen to the acoustic classy performance. Nothing less than stunning.

Robin Schellenberg is based in Berlin and runs the Klunkerkranich empire on a park deck including clubbing and free time /spare time spaces for different people..His remix is a real journey, exceptional are its quiet moments that are so intense that we should quote Brian Eno here which we will not. His severe up and downs are adventurous and daring and need the attentive listener and clubber. A nice closing track for the EP.