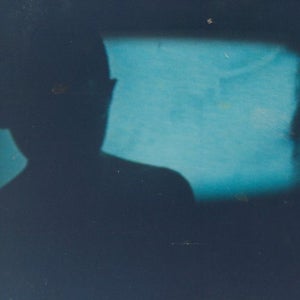 Back with that spice for Type, Anthony J Hart gets down to UK rave fundamentals on a killer 2nd LP under his Basic Rhythm pseudonym. Where Hart's more prolific Imaginary Forces output is all about the push 'n pull of power noise and post-rave techno dynamics, Basic Rhythm fixes a steely focus on the physics of the UK's hardcore continuum; decimating and distilling jungle, grime and garage into their common and most affective dancefloor denominators. Basic Rhythm offers Hart up as a sort Leyden Jar battery or vessel storing decades of absorbed and condensed pirate radio transmissions, and The Basics can be heard as his disciplined attempt to parse those muscle memories and sensations into something tangibly, rudely physical but, most crucially, leaving aside those bits he considers unnecessary in a defragging process of mental sonic de'collage - breaking down outmoded values and replacing at a distance from the original medium. What remains forms a kind of refreshingly eviscerated halcyontology, recollecting and rinsing out the good times spending his p's on new shells at legendary shops such as Music Power (Ilford) and Boogie Times; listening to Rude FM 88.2, Unity 88.4, Pulse 90.6, Weekend Rush 92.3, Kool FM 94.5; cutting dubs at Music House; and swanging his jaw at legendary venues and club nights like Stratford Rex, Temple, Labrynth, Telepathy, Slammin' Vinyl and One Nation. In reducing those aspects to a pointillist vocabulary of sawn-off drums, harness-straining subs and tessellating, tussling stabs of flava, he leaves a spare air prompting ambiguous reading of 'dread' and 'ecstasy', depending on the listener's own reception/perception. It's a dichotomy at the core of E18's postcode-warring sublow shift, explored in the crevices between rap and grime in Fake Thugs, or the way Silent Listener (Adore) is intended to illuminate dank bedrooms, whilst the ructions of Cool Breeze (Summer In Woodford Green) and the fractiously mapped road rave styles of Blood Klaat Kore lend an overlapping sense of deep topographical study to the mix.