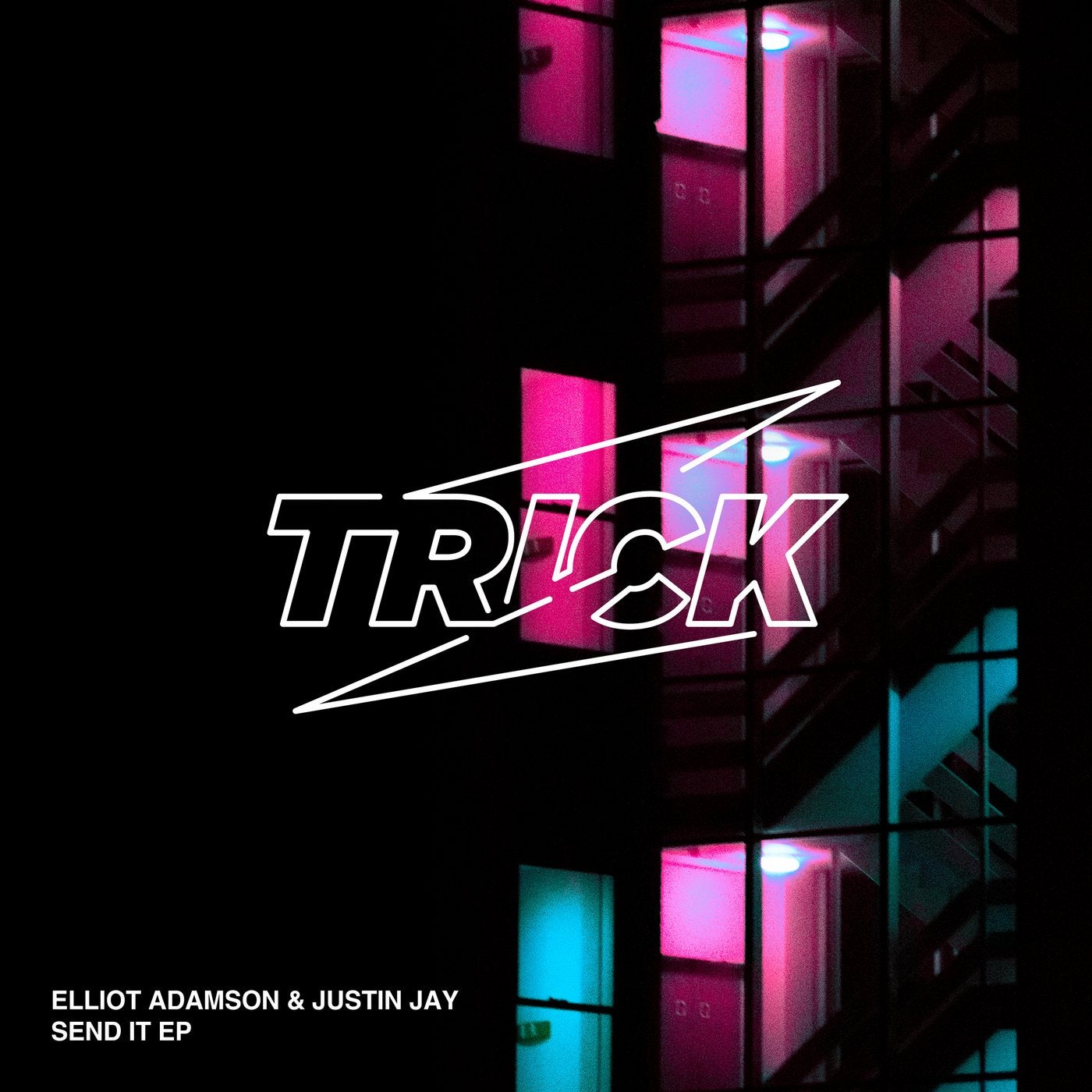 Elliot Adamson and Justin Jay collaborate on Patrick Topping’s Trick for an energetic release entitled ‘Send It’, featuring vocals from DABJ's Big Miz and a remix from Dance Mania legend DJ Deeon. Since debuting in recent years both artists have been on a perpetual rise. UK artist Adamson continues to be one of the most talked-about house producers who self-released three albums on his [IDEA] label last year, receiving his second Hottest Record in The World from BBC Radio 1’s Annie Mac and later saw him nominated for Best Producer at DJ Mag’s Best Of British Awards. He’s since become resident and assistant A&R for Trick parties and label. Hailing from Los Angeles, Justin Jay is an artist who’s carved a niche halfway between the world of club music and the psych/indie/jam rock-scene. He’s been named a Future Star by Pete Tong and made the cover of January’s edition of DJ Mag as part of the Dirtybird Records crew, but is equally known for his multidimensional live shows, his expressive singing/songwriting, and being the captain of his band/collective/record label - Fantastic Voyage. ‘Send It’ is a tough cut driven forward using lively percussion, a heady bassline and infectious vocal cuts from young Scot, Big Miz. ‘Take A Ride’ ups the tempo, blending thudding house with disco tropes, sporadically breaking up the arrangement with an upbeat vox sample. Maintaining the release’s momentum, ‘Get Mental’ is the third original on the package and is destined to inject energy into any dancefloor with its relentless kicks and analogue bassline. DJ Deeon remixes ‘Send It’, incorporating relentless snares and squelchy acid - demonstrating why the Chicago based icon is one of the very greats and hasn't stopped producing ghetto house tracks that do nothing but bang.