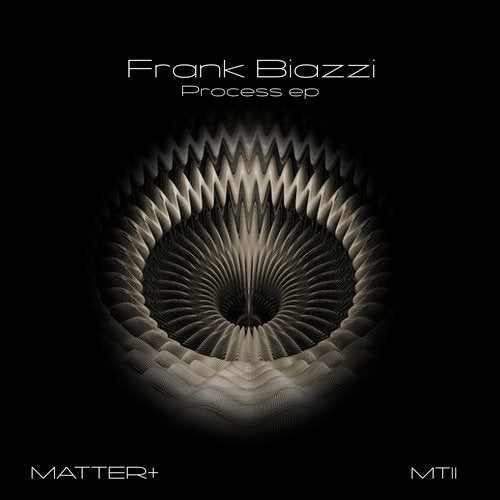 Matter+ welcome a true Belgian techno don to their inner circle: Frank Biazzi.Emerging in the late 90s and becoming a key influence at world renowned events such as I Love Techno, Frank blazed a trail throughout the turn of the century before hanging up his headphones in 2004 due to acute tinnitus. After eight years he returned to the game and instantly made up for lost time with a slew of authentic, back-to-roots techno constructions on Trauma, Tronic, Transmit and now Victor Calderones Matter+Serious foundation business, each of the three tracks are classically trained but contemporarily powered with 2017 production muscle: Process leads with a crunched out beat and a heads down groove that constantly unfolds to reveal new components, Distractions builds and builds over a galloping drum groove as a vocal loop and synth stabs gradually intensify with feverish commend. Flashback provides the grand finale. A nod to Franks formative schooling with a hook that unites every fan from every generation. Techno doesnt get realer than this. Five years back into the game and Frank remains on point. Do not sleep on this one!