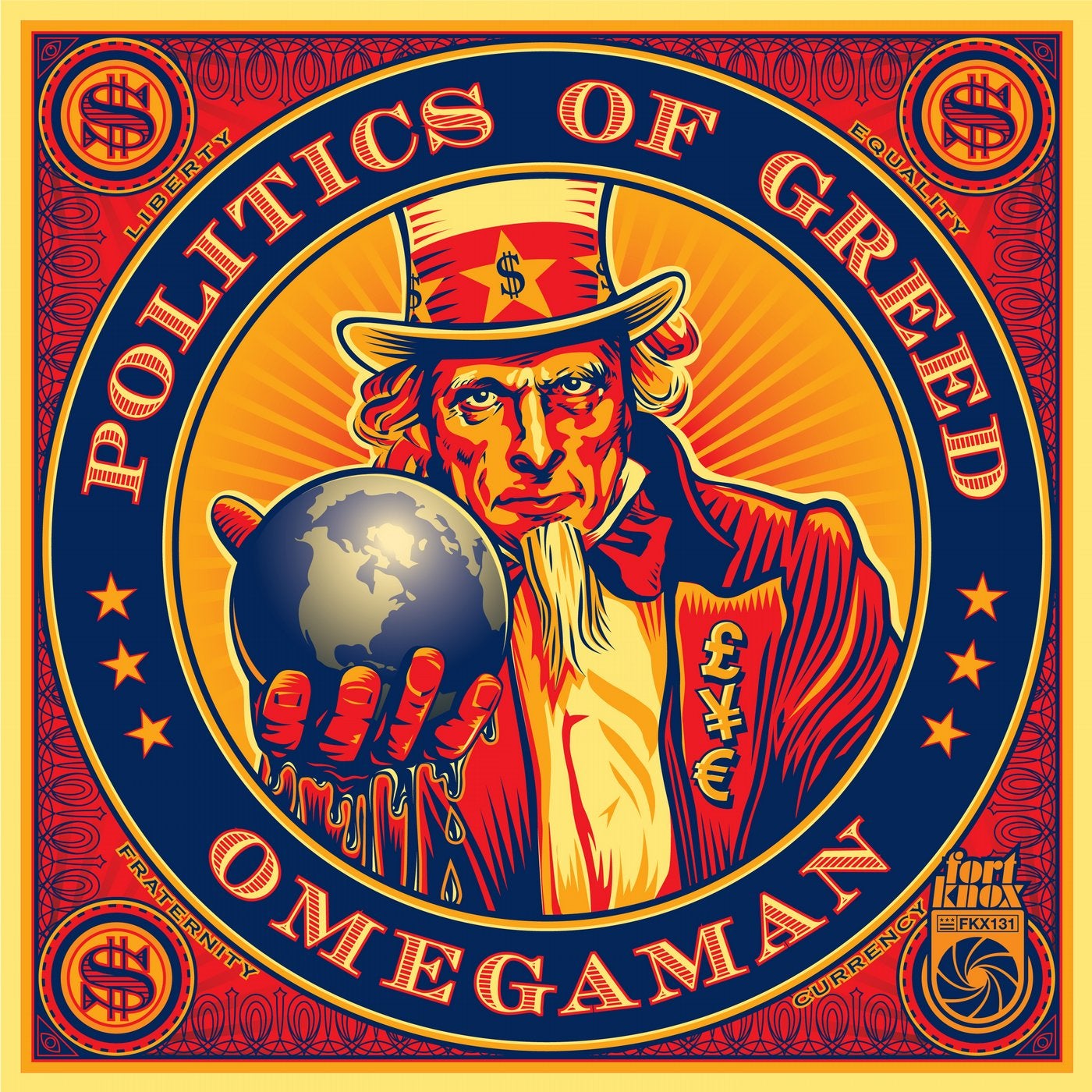 Caught with your hands in the cookie jar, and now you wanna go and start a war. As if 2020 hasn't been challenging enough, all over the globe the Politics of Greed are all too common, on every continent. It's time to stand up to these corrupt politicians whose agendas are dictated by pharmacological and petrochemical corporations, and the military-industrial complex they serve. Enough is enough!

Australian producer Omegaman has teamed up with the Kromanauts of Washington, DC to create a timely protest anthem. The message is delivered via a funky reggae tune built with fat, punchy drums that really set the pace. Omegaman himself laid down a dubby bass-line, which Marty Fabok of Allniters & Ozskas augments nicely with his skankin' guitars. Enter the Kromanauts, and up first is Kush el-Amin who adds more fresh guitar chords and licks. And of course there's Kanjia Kroma aka Juku, who adds his piercing lyrics and smooth flow to round out the track.

Included with the release is a steppin' drum'n'bass remix by Bristol based producer Waggles, and its just perfect! Precise drum programming is joined by booming basslines that roll out for the duration of the track. The uptempo d&b vibes are perfect for Juku's vocals, and the result is a firing ragga jungle tune that will do damage to any dancefloor. Instrumentals of both tracks are also included.

"The time is now to stand up and fight back against the systematic corruption in our governments. To stare down and call out the face of hypocrisy, lies and greed. Once and for all."