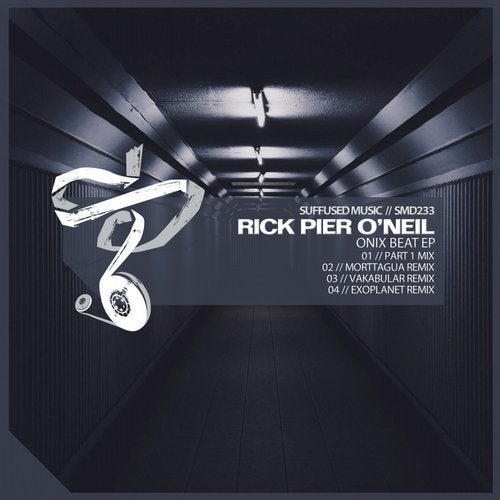 Originally part of Suffused Music's 65th release in November 2014, the "Shimmer of Lights" EP showcased Rick Pier O'Neil's mature production sound. The diptych, "Onix Beat", was a highlight of the EP, Part 1 reprised in all its driving glory, here with a trio of remixes.

Head honcho of the successful Timeless Moment imprint, award-winning DJ and producer, Morttagua, has carved out a sizeable reputation for himself through his own impressive production credentials. A number 1 in the Beatport Progressive House chart with the "Sith Planets" EP and support from the cream of the DJ community including Sasha, Dubfire and Pete Tong on his BBC radio 1 show, the Brazilian has featured on a host of high-profile labels including Black Hole, Armada and Outta Limits. Debuting on Suffused Music, the Morttagua remix takes "Onix Beat" on a blissful melodic voyage with eerie pads and rippling arpeggio providing the perfect foil for heavy beat and fast-paced bassline groove. Building impressively, a hypnotic stab makes its presence felt alongside a swathe of additional production material that cleverly retains the soul of O'Neil's original.

Renowned DJ and producer, Vakabular, is a regular across the clubs of his Koh Pha-ngan home. An island famous for its party atmosphere and beach-club culture, the Thai artist has found himself well-respected by the packed venue audiences that come to witness his silky sets. A production career that began with the tech house "Wait EP" for Randomatic Records in October 2014, has since seen Vakabular weave his sonic magic on high-calibre labels that include Krafted, Outta Limits and his own Hollystone Records. February's "Quarantine" and October 2018's "Endless" EPs marked a successful year on Suffused Music as Vakabular now returns with a strong reworking of Rick Pier O'Neil. Using the same driving energy of the original, a reimagining of the bassline provides the platform for a series of melodic phrases and chord progressions to play off each other in coruscating fashion. Continuity is supplied via a simple lead motif, repeated pre and post-breakdown, while a fizzing percussive rhythm section is a dynamic addition.

Little by way of introduction is needed for production legend, Exoplanet, with the Dutch artist responsible for a host of innovative and highly-skilled productions, not least for the Proton Music and Particles imprints that have borne witness to well over a century of production credits. Exoplanet's remix of "Onix Beat" is included here to show of the Dutchman's exquisite melodies and intricately programmed percussion. The resultant remix bristles with a vibrant energy and rhythmic innovation rarely found in modern dance music.