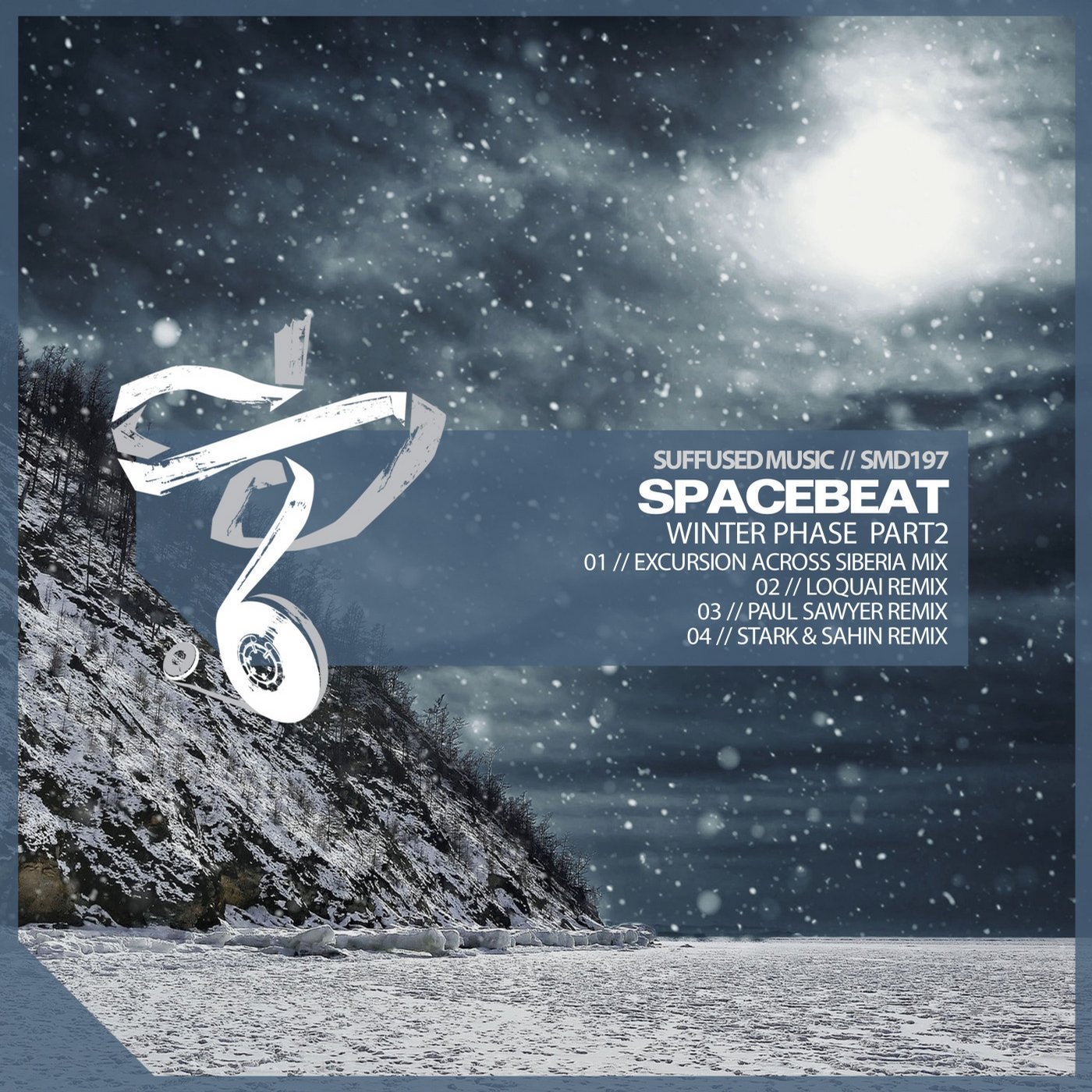 The 197th release on Suffused Music finds the label presenting new interpretations of Spacebeat's 'Winter Phase'. Originally released in March of 2015 it showcased the Russian artist at his creative peak. It's deep grooves and enchanting atmospheres proved unforgettable and now two and a half years later it still holds a place in Spacebeat's Beatport Top 10 best sellers. As the year winds to a close Suffused Music now invites Loquai, Paul Sawyer, Stark and Sahin and Spacebeat himself to reinvent the track for 2017

First up Spacebeat provides a fresh update on the track with his 'Excursion Across Siberia Mix'. Incredibly detailed, it's atmospheric beginnings lead you on a journey of pulsating bass and devilish tones. Trippy keys and soulful chords adorn the break, creating a surreal vibe before ultimately shifting gears for a purring finale.

The second interpretation of 'Winter Phase' is provided by Loquai who is returning to the label for this 14th appearance. The Russian born, Germany based artist last appeared on the Lithuanian imprint in November of 2016 with a remix of 'Humble' by Subconscious Tales. 2017 has seen Loquai rise to great heights once again, showcasing his music on Balkan Connection, Stellar Fountain and his own Refined Tunes imprint. Always a proficient remixer Loquai takes 'Winter Phase' into his own world of deep, progressive house. Backed by a thick, rolling groove the piece moves through dubby tones and distinct sonic artefacts before breaking down. The centrepiece is highlighted by a delicate melody, further shaping the storyboard before a floaty arp and classy build brings on an exhilarating conclusion.

The third interpretation of 'Winter Phase' is provided by Paul Sawyer who is returning to the label for his third appearance. The UK artist made his debut on the Lithuanian imprint with Simon Sinfield in November of 2015 when the duo contributed their 'I'm Falling' production to the label's 'Initializing' Vol. 7 collection. Now following releases on Green Martian and his own Krafted Music imprint, Paul makes his much anticipated return to Suffused Music with an excellent interpretation of 'Winter Phase'. With a nod to the old school, it's chugging groove and rolling rhythms set the piece in motion. Timely vocal gates and clustered claps adorn the hypnotic framework, building tension as the main break commences. A gaseous atmosphere comes over the centrepiece before getting washed away as trailing sonics and dramatic rolls reignite the groove for a powerful drop.

The fourth and final interpretation of 'Winter Phase' is provided by Stark and Sahin who are making their label debut. This talented duo look set for great things and their rendition of 'Winter Phase' shows what an affinity they have for old school progressive house. Romping basslines, impactful hits and a fiery rhythmic core set the stage for an elephant like lead. Bold and distinctive in equal measure it makes for a dynamic third act finale and ultimately leaves you wondering what is next for this exciting new duo.