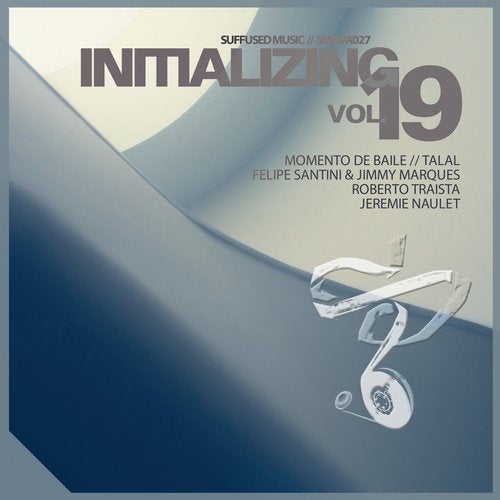 Suffused Music continues its strong Summer season with a new installment of the 'Initializing' series. Praised since the first volume was unveiled in 2014 the ongoing series has been a landing spot for some of electronic music's most noteworthy talent including Audioglider, Audiostorm, Dimuth K, Jose Tabarez, Matter, Onez!e, Oscar Vazquez, Paul Sawyer, Padai, Yuriy From Russia and more. From its early beginnings as a full length LP style compilation, the series has adopted a more succinct approach across it's last two editions. This highly curated ideology has seen the narrative of the series shift with an inclusion considered to be all the more prestigious. Never an imprint to be bound by traditional genre constraints the Suffused Music team has once again scoured the globe for the highly anticipated nineteenth volume. Featured on the release are (in order of appearance): Momento de Baile, Talal, Roberto Traista, Felipe Santini and Jimmy Marques and Jeremie Naulet.