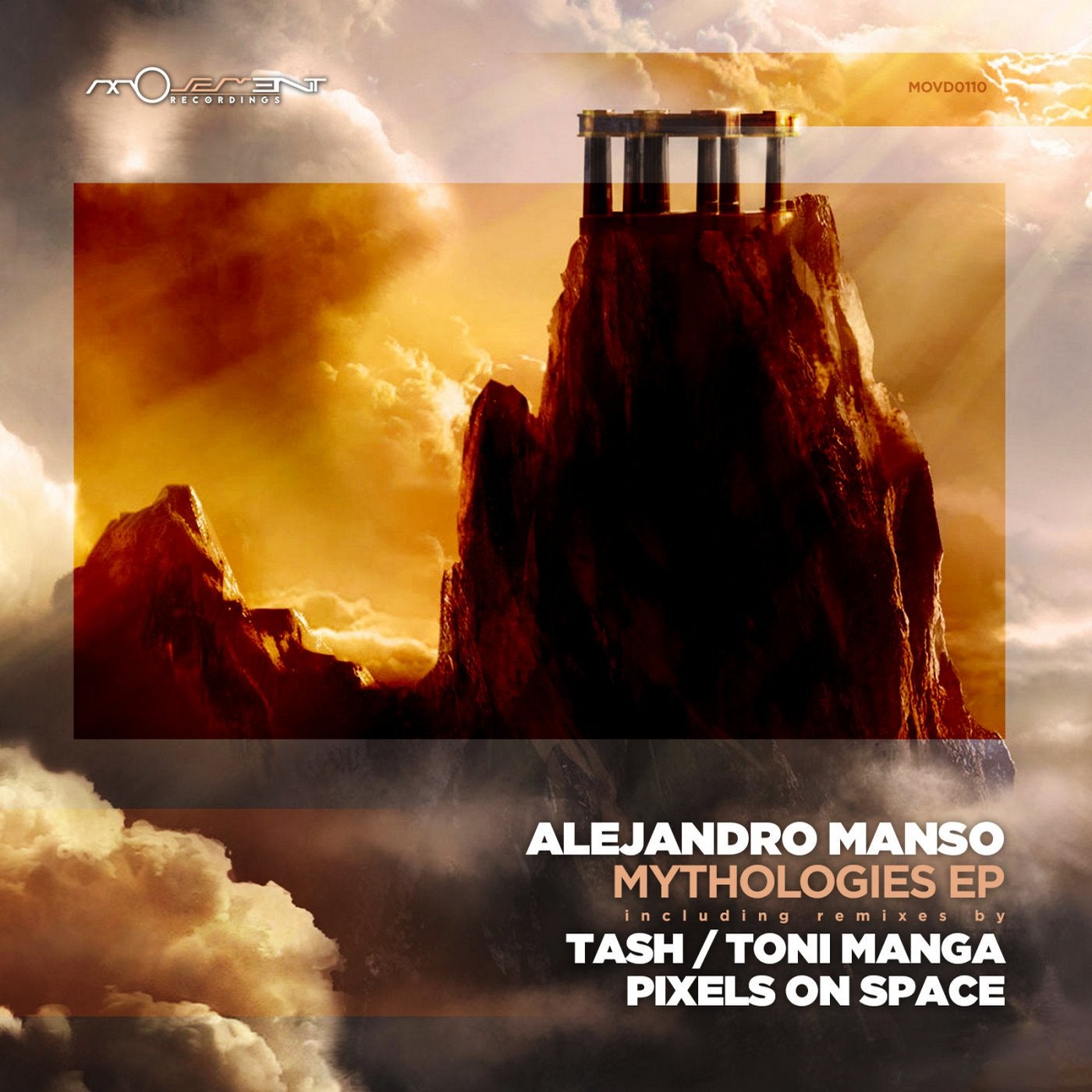 The 110th release on Movement Recordings welcomes Alejandro Manso back to the label for his debut EP entitled 'Mythologies'. The Mexican producer first appeared on the Greek imprint with a contribution to the labels Re:Born compilation which was released in June of this year. Now Alejandro steps up to deliver his new two track EP alongside remixes from Tash, Toni Manga and Pixels On Space.

The release begins with 'Olympus' which shows Alejandro's great versatility. Known for both his techno and house oriented creations 'Olympus' finds him with a quirky, atmospheric tech house construction. Anchored by a tough, punchy groove the track picks up momentum quickly before some distinctive atmospheres get teased over the framework. A second, four tone theme adds mightily to the tracks second half and carries it to a strong conclusion.

The lone interpretation of 'Olympus' is provided by Movement label boss Tash who is making his 32nd appearance on the label. The Greek producer is once again on the move, currently making his way on the festival circuit and somewhere along the road found time to craft another excellent remix. Coined 'Diving Enippeas' Tash's interpretation reinvents the main themes from the original over a more stripped down and intricate framework. The end result is a subtle builder which is sure to generate a great reaction on the educated dance floors out there. Another gorgeously crafted remix from Tash.

The second original 'Alethia' is an equally inspired production with floaty rhythms and smooth electronics leading the charge. It's driving groove lays down some great energy right away as the dancing melodies tantalize the senses. It brings the track to the main break where a set of vocal pads deliver a stronger motif. Just as the vibe is lifted, It all gets washed away quickly as the intricate groove returns and provides a great finish. Quality work from Alejandro once again.

The first interpretation of 'Alethia' is provided by Toni Manga who is making his 15th appearance on Movement Recordings. The Greek producer has been a staple of the Movement artist roster since the labels early days and remains one of the core artists. Toni's energetic, uptempo style has worked wonders on the 'Alethia' themes and the end result is a huge club rework. Full of timely drops and

impactful builds it's a piece that flows through an exciting run of ideas and design, all culminating after a breaky interlude with lovely hooks and rolling bass stabs. Huge remix from Toni and one of the best of his career no doubt.

The second and final interpretation of 'Alethia' is provided by Pixels On Space who is making his second appearance on Movement Recordings. The mysterious artist contributed to the labels 'Re:Born' compilation from earlier this year and here delivers his first ever remix for the label. It closes the release out on a quirky note with strong, spacey acid lines along with some of the great motifs from the original. Quality remix from Pixels On Space and another great release from Movement Recordings. Don't miss it.