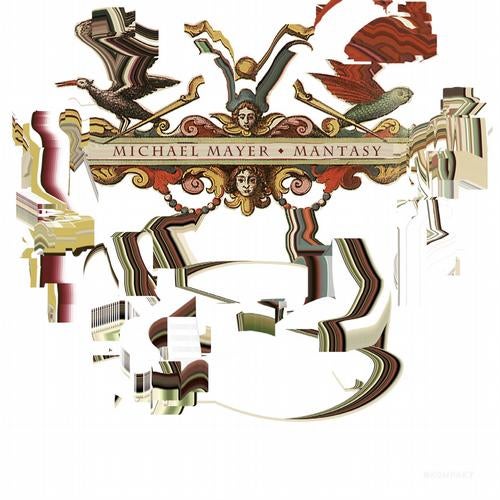 Exclusive
Artist: Michael Mayer Titel: Mantasy Label: Kompakt Catalog No: KOMPAKTCD100 BEA Barcode: 880319072826 Format : CD, LP, Digital Release Releasedate: 22nd October 2012 Tracklisting: 01 Sully 02 Lamusetwa 03 Wrong Lap 04 Mantasy 05 Roses 06 Baumhaus 07 Rudi Was A Punk 08 Voigt Kampff Test 09 Neue Furche 10 Good Times (feat. Jeppe Kjellberg) 11 Mental Caddy Releaseinfo: Its been eight years since MICHAEL MAYER released his debut albumTouch, but one certainly couldnt consider him lazy, what with a tightlypacked schedule of DJ gigs and umpteen remixes. All the more reason that Kompakt is pleased to announce the sophomore album MANTASY, a long-awaited, indispensable update of Michael Mayers production sound and an essential release for the label in 2012. One tends to think that its relatively easy: you make some sounds, you launch a label, you release some records ultimately, electronic music is known for its short chain of command. Accordingly, Touch was created in just a few weeks, and frankly, you can hear that, says Michael Mayer: MANTASY is my second solo album, but for me its really the first one. Indeed, the masterful sequencing and high production value bear witness to an artist in full control of his medium.You may think of the release as a DJ album, not so much describing an album for DJs, but rather one from a DJ: I really cant hide that, explains the musician, MANTASY clearly reflects the gazillions of sounds Im listening to in private, especially my love for soundtracks or soundtrack-like music. The albums title refers to the escapist momentum of a cinematic journey into the unknown, a tribute to historys great explorers, to characters obsessed with an idea, to totally wrong conceptions of the world and faulty sea charts, to inconceivable exertions, all that lunacy, but also an intimate trip to the core of the Kompakt sound itself, whose main ambassador has always been Michael Mayer. Fittingly, the voyage starts with the panoramic Sully, a flawless ambient study that opens the gateway to the world of MANTASY, which hardly definable, but always palpable relates to a romantic spirit of adventure, curiosity and nostalgia, yet far less concerned with the past than with the future. A case in point is Lamusetwa, a track where memories and dreams collide in a most satisfying manner: Thats the name of one of my earliest favourite songs, which I can sing to this day, but never found again, says Mayer, actually its called Lamour, cest toi, but when youre 2 or 3 years old, you just sing Lamusetwa without understanding the words. The minimal funk of Wrong Lap and the Italo Disco reminiscences of title track Mantasy follow suit: the dance machine is fired up, the sky rips open, epic synthesizers roam the landscape driven by precision beats and hypodermic basslines lure the inner cinema back onto the floor. Then Roses finds its broken glamour in the dusk of the club, sporting a gloomy beauty only reinforced by the well-lit detour into Baumhaus. Rudi Was A Punk tightens things up and rides the airwaves with a lead foot, followed by Voigt Kampff Test, a Science Fiction thriller disguised as a dance track, and then an adrenalin-fuelled Neue Furche (New Groove) transfersboth the name and the sound of Nu Groove, one of Michael Mayers all-time favourite labels, into a new idiom. Eventually, MANTASYs last track Good Times waltzes in, sung by WHOMADEWHOs man of a thousand voices Jeppe Kjellberg. Its an ode to nightlife utopia, to hands thrown in the air and the feeling of belonging, when you know that this is the place, the sound, the crowd you want to be with. Movies without a happy end are dumb, clarifies Mayer, so switch off your smartphones and get on board!