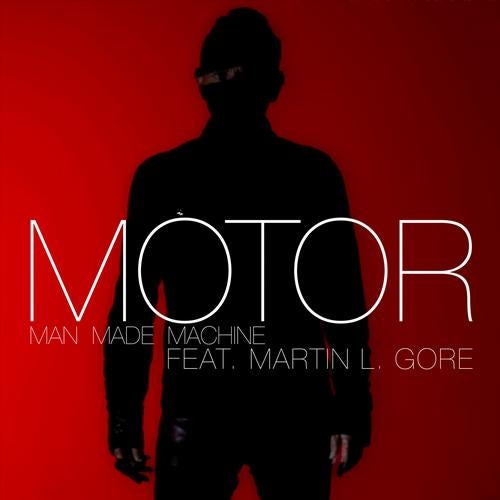 Here comes the big news. Pioneering techno duo MOTOR is about to release their fourth album on CLR. After completing three massively successful and critically acclaimed techno albums, Bryan Black and Oly Grasset, who together form the act MOTOR, have shifted gears and recorded a song-based vocal album by the name of Man Made Machine. The first single, also titled Man Made Machine, features none other than Depeche Mode´s Martin L. Gore on vocal duties.Apart from the original and extended versions, the EP contains three additional remixes by Black Asteroid, Radio Slave and Chris Liebing, as well as the Man Made Machine video. Just recently, when MOTOR secretly played the original version of the track on a BBC radio broadcast, it got over 10.000 views within hours of being ripped and broadcasted on youtube. The reactions from Depeche Mode and MOTOR fans are absolutely ecstatic. One online comment, which has often been quoted and agreed to, is that Man Made Machine sounds like a modern version of the Depeche Mode track Personal Jesus obviously a royal honour for the guys from MOTOR.There is no doubt that this EP and the whole album will draw attention from various musical scenes, and the CLR team is very exited about this release. It seems perfectly in line with the label´s strong techno roots, as well as with its increasingly open-minded musical philosophy. Chris Liebing himself has always been inspired by the out of the ordinary techno approach of MOTOR and is highly pleased to form part of this new chapter in the band´s history.