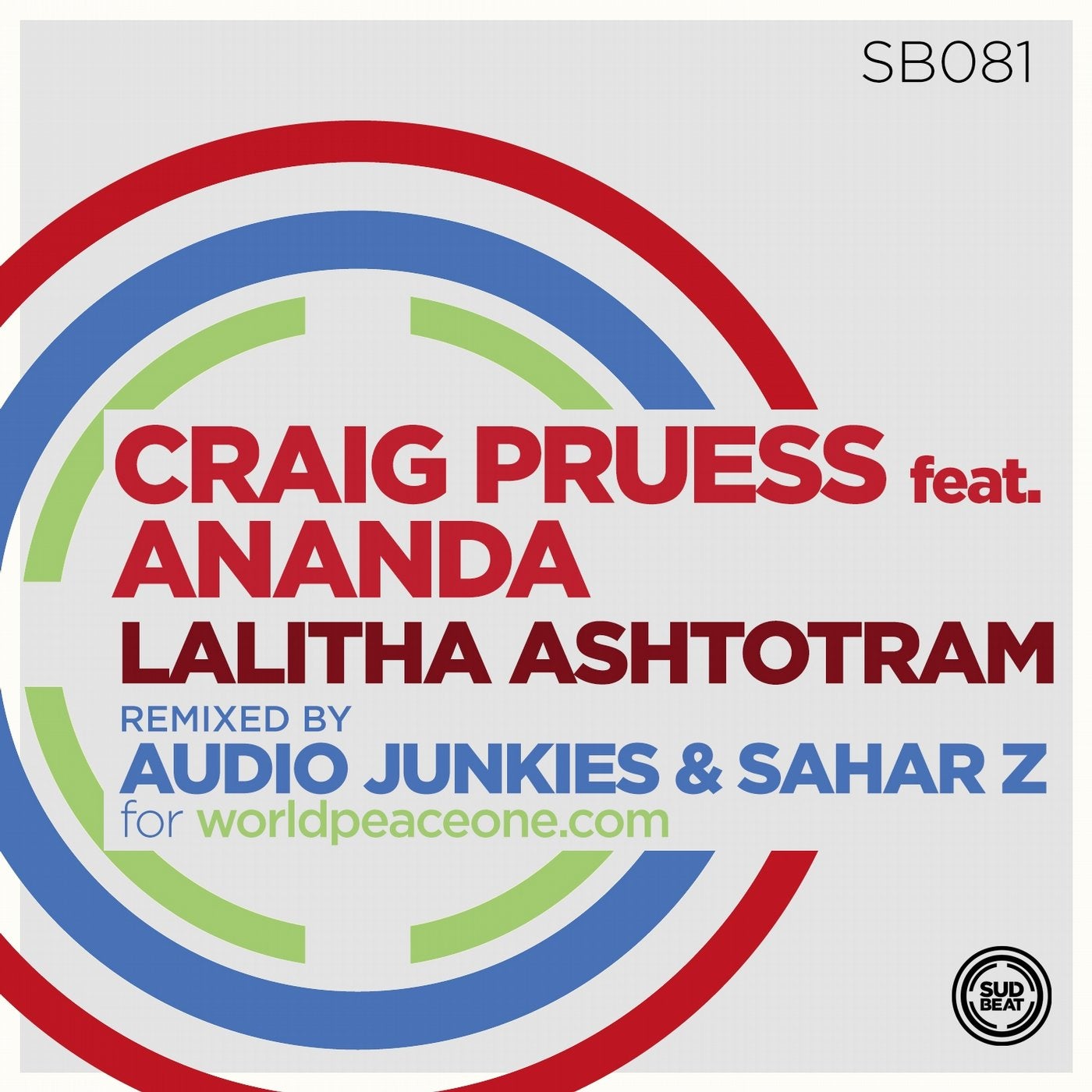 A very special release, with all proceeds going to Worldpeace.com

World Peace One Concerts' mission is to organize, produce, and broadcast a series of fundraising concerts and annual Global SuperConcerts, whose purpose is to generate resources to sustain the World Peace One Foundation's Ten-Year Global Peace Initiative.

The track itself 'Lalitha Ashtotram' remixed by Audio Junkies & Sahar Z, is a mysterious Eastern sounding gem, oozing of class, while it sophisticatedly meanders around your mind, locking you in to its magical spell, while remaining a serious dance floor moment throughout. Tight production gels this masterpiece wonderfully as is leaves you breathless and in awe of its power.

And if that wasn't enough taking things deeper, we are blessed with Audio Junkies & Sahar Z Feat. Idan K Organic Mix, featuring live percussion from Idan. This chilled out soundscape fills your mind with dramatic pads and that vocal that haunts your mind in the most beautiful way. A powerful slab of music for your mind.