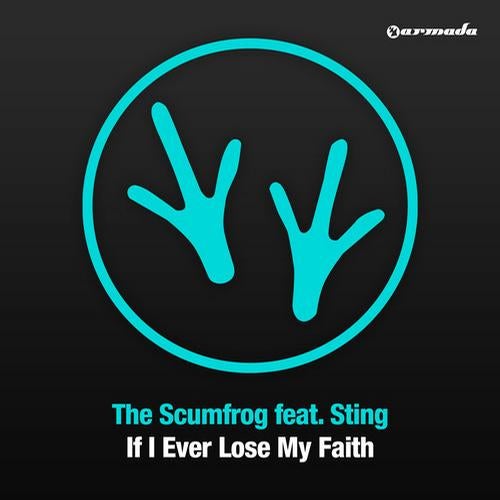 Since the beginning of DJ culture, Sting has been the voice of sampling-choice for many producers, and new bootleg versions of his popular songs still surface at an ever constant rate. But an official Dance Music release baring the 16-time Grammy Award winner's name is rare. Last year, however, The Scumfrog received approval to remake "If I Ever Lose My Faith In You," and we're proud to present the amazing result of this long awaited project.The Scumfrog (aka Jesse Houk) is mostly known for his underground flavored remixes of artists like Missy Elliott, New Order, Kylie Minogue, and Annie Lennox, and his collaborations writing/producing techno oriented works with David Bowie and Cyndi Lauper. With his versions of "If I Ever Lose My Faith," The Scumfrog has returned to his deep house roots, while still giving the main vocal mix his signature mass appeal. A new Scumfrog album celebrating the deeper and techier side of Dance Music is due later this year on Armada Music. As a DJ, he has toured the world many times over, and since 2009 he hosts a weekly radio show/podcast Glam Scum International.And then there are the remixes! With 50 years of musical passion in his pocket, the relentless energy of living legend Carl Cox has yet to fade. But would it ever? We'd say no, witnessing the big, techy drive and deep bass that haunts his remix. Beckers (from D-Nox & Beckers) delivers a top-notch hypnotic journey for the tech-house lovers, and German tastemakers Kruse & Nuernberg round off the pack with amazing, forward thinking Deep House.

If I Ever Lose My Faith