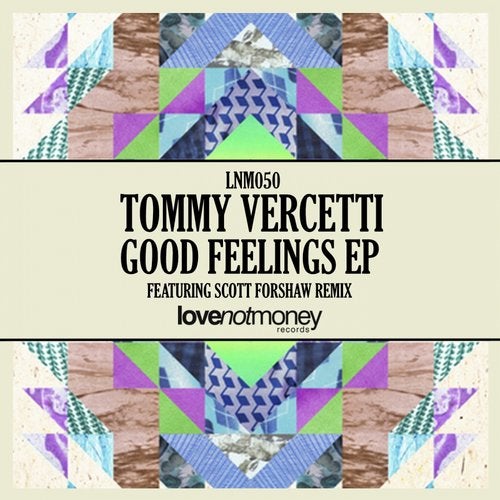 Next up on Love Not Money is an EP from hot property Tom Cox who produces under the moniker Tommy Vercetti... Not the Italian mobster from GTA Vice City but instead a 20 year old House producer from Birmingham who initially featured on the label last year with his massive debut single 'Good Feelings' which feature on the 'New Love Volume 4' compilation and went on to be supported by Radio 1 racking up over 150,000 plays via one of YouTubes biggest music channels Eaton Messy.

Fast forward to 2014 and Tommy has since won over a multitude of fans with a busy DJ schedule and production work for a whole host of labels. With this rate of consistency it's easy to see why his productions are so sought after, and why Tommy Vercetti is becoming seen as one of House musics fastest rising young protégés. Now he lands back on Love Not Money with his own EP. The raw combination of prime time jacking grooves, heavy basslines, classic house sounds and catchy vocal samples that perfectly demonstrates why he's being held in such high regard by his peers.

On remix duties there's help from Love Not Money favourite, Scott Forshaw, another young artist who's no stranger to success working under the alias hausJacker and clocking up a number of Beatport top 10's, he's back producing under his birth name and rounds up the EP with a remix of 'Big Love' which takes on a more underground approach as he turns out a deeper, stripped back work-out with a steam roller of a bass-line and tough swinging percussion. Add that to the tightly cut vocal hook's and you've got yourself a slammin' remix and overall a groundbreaking release!