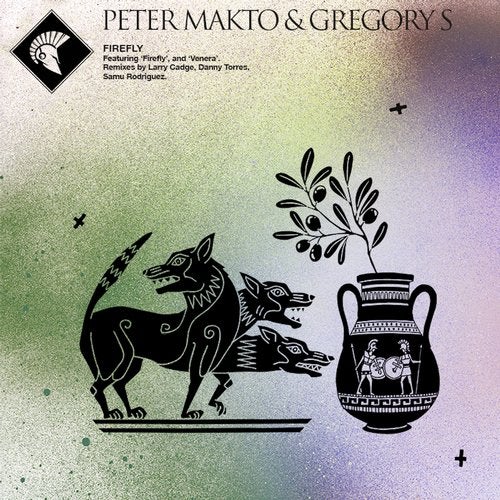 Peter Makto & Gregory S collaborate on their debut EP for Trojan House, delivering two dope originals! 'Firefly' is a groovy blend of Deep and Tech elements with full bodied low end force that has the power illicit movement from a dance floor. A chameleon of a track, that could easily fit right at home in a warm up set, but also has the grit to not be out of place in a peak time Techno set. 'Venera' is slightly more down tempo. It builds tension slowly and evolves into a beautifully arranged canvas with gorgeous sounding synth work and fills.

Samu Rodriguez also on his debut release for THR, takes his remix of 'Firefly' to a darker place. Menacing and driving, this stripped back minimalistic Techno beast chugs along with a heavy sluggish low end. 4am vibes resonate from the limited space for silence, but the track breathes heavily as other elements are added to fill this twisted dark monster out.

Danny Torres is next up for his first release on Trojan House with his rendition of 'Firefly'. A rolling Tech House groover with dance floor appeal. Recycling more original parts for his remix than the others', his version brandishes a solid coarse sub bass with enough roll to keep revelers dancing through the night and into the next day...

Smiley Fingers big boss man Larry Cadge serves up his remix of 'Firefly' and it's a throbbing, jacking Techno romper! With a slight industrial feel from his use of hard hitting, hard synthesised sounds and heavily processed original parts, it drops quick and fast into a rhythmic torrential force that won't leave many unscathed.