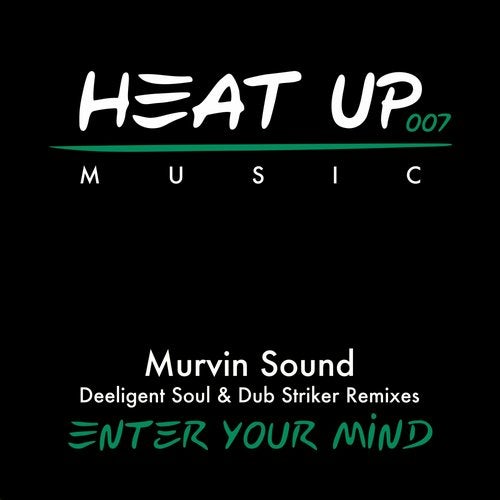 After working so hard for many months this year, we are very proud to present this smashing 4 tracker:

Newcomer to Heat Up: Murvin Sound, a 27 years old French DJ/ Producer based in Lyon, who is mainly inspired by UK and US House and Techno.His productions have already been released on labels such as Love Not Money Records, Hustler trax, Underground Source Records to name a few. Murvin Sound delights his public with finest selection in clubs like Terminal Club , DV1 , Ninkasi in Lyon his hometown, but also in Paris and recently in the Canary Island.

Dub Striker is a young french duo that strive to be early defenders of pure and strong HOUSE MUSIC. Giving to their sound a raw and and garage atmosphere, they're waking up the french house scene abandoned for a long time to techno. Vinyls and old machine diggers, we are very happy to welcome them to Heat Up Music.

Deeligent Soul is the brainchild of two veteran djs and producers from the Brussels nightlife scene for over 14 years. They have a passion for catchy grooves and spicy feelings-their ultimate vision is to create music that moves both body AND soul. Nice to have them back on Heat Up on remix duties.