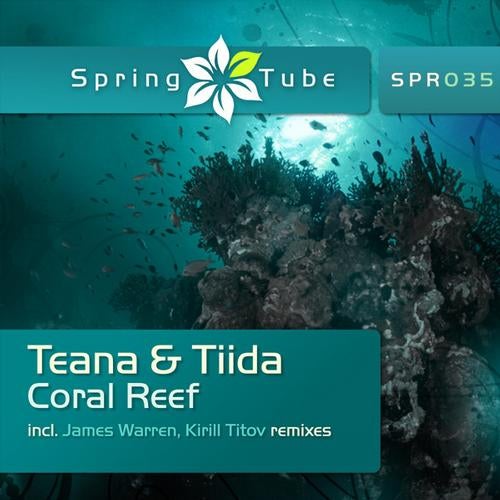 While label's force Teana and Tiida prepare their debut artist album to be released later
this year on Spring Tube and while the first remix contest for this duo is running on our
second label Round Triangle, we present you the new single release from the guys which
is called "Coral Reef".

Following the original version there are two remixes from both the new artists for our roster.
Firstly, well known with the plenty of releases on such labels as Baroque, Proton,
Polytechnic, Olaris, Silk and many others - James Warren from the UK. Another creative
work from this great producer who we proud to have also in our family now.
Secondly, the talented Ukrainian newcomer Kirill Titov. This is his first official remix work
and we think it's rather successful start.