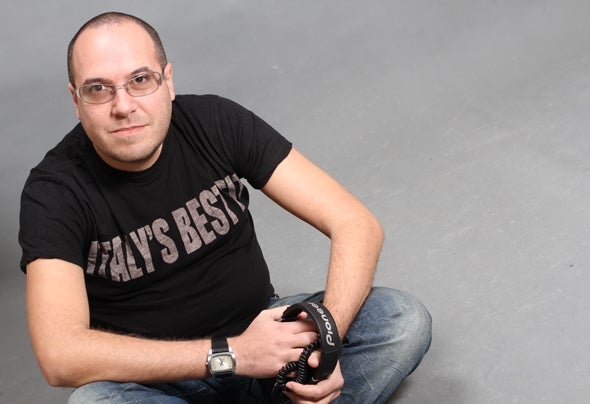 Deso’s career starts before more than 20 years. During that time he has been the resident dj in the most of the top clubs in Bulgaria. In 2007 he starts working on the project “Deso & Andrez”, which gets popular very fast and their tracks and remixes of two artists quickly found a place in top positions in charts worldwide.A little later they decide to make their own label: the record company “Seaburn records”, which gets a leading bulgarian label for electronic music only an year after its establishment.While Deso is working on his own label, he is releasing for some of the most popular labels worldwide: Acute Recordings, Bit Records Mexico and Balkan Connection South America.Deso has been working with some of the most prominent DJs and producers in the world, amongst Marco V, Junkie XL, Behrouz, Simon & Shaker, Nic Fanciulli, Audioflay, Add2Basket, Shiloh, Sultan, David Penn, Jay Lumen and many more.In the first edition of the annual DJ Awards Bulgaria, organizes by Awards.bg Deso was declared the best House and Progressive DJ of 2010. He was nominated in four other categories, which reached the second and third places.In recent years Deso was resident in specialized programs leading radio stations as Vitosha, NRJ, and now his weekly radio show Lime Time is one of the most popular programs Dedicated to electronic music and is broadcast every Monday at 22 h on radio Nova.