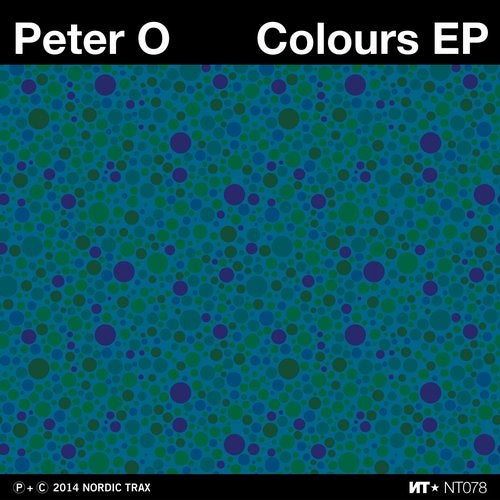 A new addition to the Nordic Trax roster, we welcome Brighton producer and deejay Peter O on board with the Colours EP. A veteran of Londons early 90s warehouse scene, Peter has been releasing music since 2007. The four-track Colours EP moves from deep house to indie dance and builds upon his deep roots in house culture.

While studying music technology & sound production at IMW in London, Peter co-promoted the Tabula Rasa & Monophunk parties. After fine-tuning his craft this quickly led to a string of releases with labels Tronicsole, Nightbird Music, De La Casa and Disclosure Project Recordings among others. He has worked with the likes of Monophunk, Asadinho, Alex Barck, Kris Wadsworth and J-Felix, who also appears on this ep. His work has also caught the attention of some notable music tastemakers including M.A.N.D.Y., Charles Webster, Lucidflow and Q Burns.

The title track Colours is a deep & moody tech house monster. Equally at home in a big room club set as an intimate late night party, the tension & release is beautifully executed over the 5 minute track leaving you wanting more. Keep It Up & Tea Time explore the more tracky elements of house for fans of Chicago and West Coast funky house. Tea Time has a very classic deep house vibe, perfect for end of night / sunrise sets.

On Touch Peter collaborates with fellow Brighton musician J-Felix on the EPs only vocal track. One for the disco lovers, J-Felixs vocals float effortlessly over Peter Os beats in this perfect sunset track. J-Felix is a UK musician releasing original material and touring as a guitarist, DJ, singer & producer. Hes toured as a guitarist for Alice Russell & has appeared on various compilations alongside DJ Vadim & Ta Ku among others. Hes also a member of Brighton collective The E.M.E..

Brought up on the clubs and pirate radio of London, Peter now makes Brighton his home where he teaches music technology at DV8 Sussex

Three useful house tracks and a scorching vocal track
Brighton producer and dj, Peter O already has fans in the shape of M.A.N.D.Y, Charles Webster and Q Burns through his various tracks since 2007. Title track, Colours, is a deep and moody tech house track. With an eerie theremin noise that sounds that is taken to far deeper and murkier territories, for a very poised house groover. Keep It Up, and Teatime, concentrate on the trackier side of house. The stand out track, and only vocal on the EP. is Touch, which features the voice of fellow Brighton musician, J Felix. This is classic deep house, and perfect for those beach house moments and should be this eps lead track. - Mash 8/10