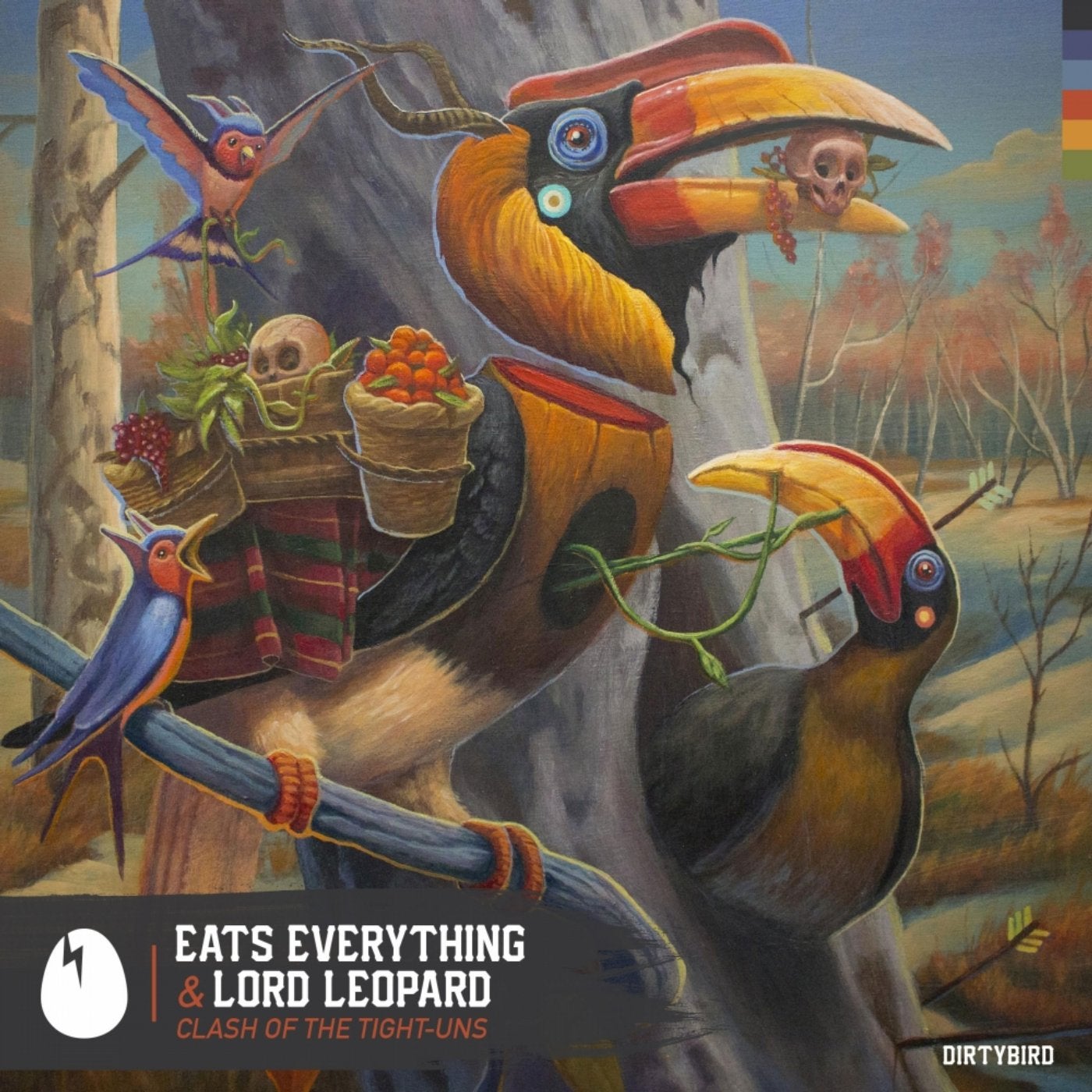 A lot has happened since Eats Everything made his Dirtybird debut back in 2011..he tours the world relentlessly, has a BBC Radio 1 residency, runs his own label, and has racked up countless awards and accolades.

Considering his last Dirtybird appearance was on our tenth-anniversary compilation several years back - and because Eats is one of our dearest Players - we're thrilled to welcome him back with his "Clash of the Tight-Uns" EP.

He brought a friend with him this time, fellow UK producer Lord Leopard, and together they crafted two singles for us, "Song For" and "War Rhythm". The former perfectly captures the essence of Eats' personality-fun, playful and full of life, while Lord's influence is heard on the latter; a darker, blistering techno track.