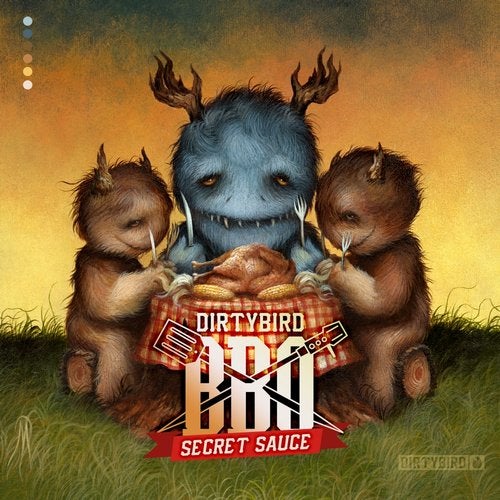 Ahh, the joys of Summer. Something about this season puts a smile on our face. Could be the sun, could be the Summer break, but most of all we love it because it's BBQ season. Dirtybird started with a grill and some speakers in the park, and while we've passed a decade of park parties, we've reached the third installment of our yearly BBQ compilation, "Secret Sauce'.

BBQ's are all about coming together, so we've added some unique artist collaborations, along with several up and coming artists we've welcomed to the family. Doorly & Marshall Jefferson, Shiba San & Will Clarke, Billy Kenny & Maximono, Christian Martin & Ardalan, and Justin Jay & Sacha Robotti all team up for the first time, and we welcome back Bruno Furlan and Sirus Hood, who each turn in their own stand-out tracks that have been on heavy rotation. New faces to Dirtybird include Dateless, Whoami, Sven Lochenhoer, Middath, Groove 'N Hat, Dankey, and Born Dirty.

With enough music to fuel your Summer holiday, you can catch all of these tracks being played on our BBQ tour, where will be hitting up San Francisco, Seattle, Brooklyn, Detroit and our BBQ city vote winner, Miami. See you in the sun.