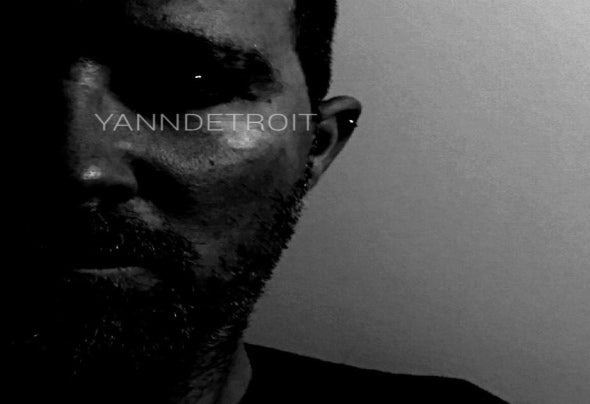 Since the 90's, Yann Detrøit, is active in the techno world.He has multiple dimensions ,Producer, MC, DJ, radio host, events organizer.In 2000, he moved to Ibiza, where he co-hosted a radio and even had his own show, The Genius Clubb on VilaSound.FM. Then for 13 years, he worked as a ghost producer for dj's of Ibiza and international artists. As the fallen son of the kings of the techno scene, he worked in the shadow of the greatest.2014, back to Switzerland, he started producing again under his name. He has been released on various labels, international, minimal and techno. He quickly created the Intimist Records label and The Limbiic System Records (managed by a duo named Acousmie, JP and Jerome).With its concept The Chamber Session podcast, he opened the doors to lesser-known artists and its motto will remain -Make Music not Dj's War-In Geneva, he met the crew 5ens and brought his know-how to various events, creating concepts like OffGround or Wildpeople Festival, THEBOOTH or Legend (rave).He brings to the techno music a vision between shadow and light. Psychological and hypnotic sounds mixed with a feeling of joyful melancholy. His playlists are created in the same spirit, they tell stories with sound, they are musical stories.