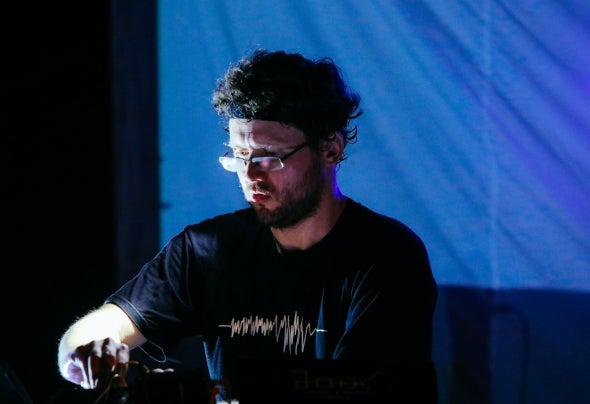 JOIX is a versatile Techno Producer and Liveact Performer from Germany with focus on unusual sounds, groovy vibes and a mainly deep atmosphere. He is making electronic music for over 20 years now and can look back to many gigs at clubs and festivals in all parts of Germany, but also at countries in Europe and Asia.His sound is deeply in uenced by electronic music from Detroit, Berlin and Frankfurt and can mostly be descriped as Deep and Psychedelic Techno with phat basslines, strange soundscapes and drifty beats. He prefers to produce music with an analog modular synthesizer, analog synthesizers, drum machines, didgeridoo and his voice. This combined with the absence of any bought sample libraries or presets, confronts the listener with an extraordinary, overwhelming and unusual interpretation of electronic music. The audible and perceptible presence of analog sounds is the key to JOIX's music. This is expressed by voluminous, wide, powerful and embracing sounds which are often differentiated and warm at the same time. His tracks were released digitally and on Vinyl on several music labels all over the world. time. Distinctive subliminal random effects are creating unique live-lines due to irregular voltage levels inside the analog technical equipment. His debut album RANDOM CONTROL represents the essence of JOIX's studio works and live performances of the last years.