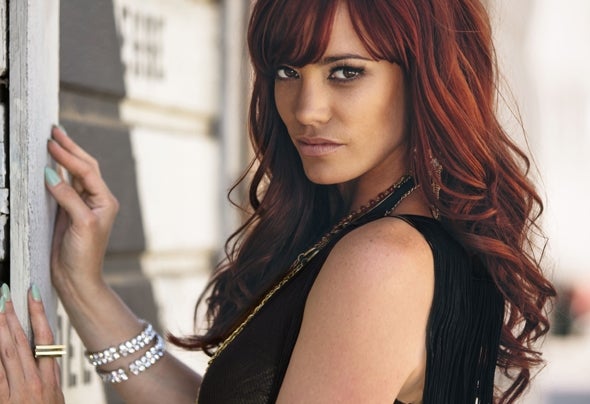 Jessica Sutta's introduction to the global pop scene was made as a member of one of the best selling girl groups of all time, The Pussycat Dolls. PCD became a worldwide phenomenon, selling millions of copies of their albums and scoring multiple massive hit singles.As part of the group, Jessica was Grammy nominated, won two Billboard Music Awards, two MTV Video Music Awards, and has toured and performed at sold out stadiums around the world with Britney Spears, Lady Gaga, Christina Aguilera, and The Black Eyed Peas. Jessica has built a reputation as an individual fan favorite and glamour icon with a heart of gold. She has been in pursuit of a career as an entertainer all her life. The Florida native started dance lessons at age 3, excelling to the point she became a Miami Heat cheerleader even before graduating high school (she later made captain of the squad). The leap from Pussycat Doll to solo artist with "Show Me," on Hollywood Records earned Jessica Sutta a #1 on Billboard's infamous Dance Chart along with countless high profile shows and appearances this past year. This is not Sutta's first #1 single in the solo spotlight. Jessica was the first Pussycat Doll to top the Billboard Dance Chart as a solo artist and has had other chart toppers, such as her #1 Club track "Make It Last" with hit producer/remixer Dave Audé and the #1 Dance Singles Track, "White Lies," produced by Paul Van Dyk . Jessica Sutta's much anticipated single "Again" released on March 26th on Citrusonic Stereophonic receiving fan and media praise. Billboard Magazine called "Again" an intriguing next step and MTV Buzzworthy compared the single to the Kelly Rowland/Guetta track "When Love Takes Over." "I’ve had a love of dance music for as long as I can remember," she says." Jessica's upcoming single "Lights Out" gives her fans their next dose of Miss Sutta and leads up to additional releases and collaborations in 2013 with some of dance music's finest!