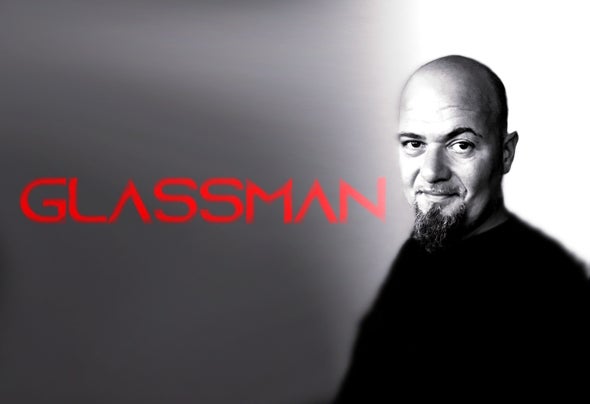 Davide Milan aka Glassman, began his career in the late 80s. Start putting the rst records in clubs and gyms for New Year parties, pool parties and various parties. In 89/90 he discovers techno and everything changes ... later he gets passionate about electronic music in general and experiments with various genres. Musical research becomes his creed and over the years, try to bring an “innovative” sound, wherever there is an opportunity. At the end of the 90s, due to personal problems, he must slow down his own career, but not his passion for djing and even if so different, keep working where it happens. Among his best performances, they deserve to be mentioned: The parties in the square for the new year, in Alagna (VC) 2000s and the after as resident in the group Mixomatosi Project around the Lomellina and the Novarese. In 2016, he joined the DJ’s roadster, on a web radio (RMIN) thanks to my friend Morfeus, he starts making his podcast weekly, with the Divine Stage program, where he proposes Trance ... In 2017, on the same radio, he creates the Time Machine program, where he offers Techno / Trance 90/00 music and hosts weekly a different guest, including: Andrea Ribeca, Luca Antolini, Dj Pandae and many others ... at the same time, he was asked to create a new Trance program on DI-Radio and thus was born Astro Music Show, which then in the same year, moves to TIMB- Radio. In 2018, this last show moves to DHLC-Radio, where it is still on the air ... su Rmin also creates a new program called Deep Dark Room, where it offers Techno, Tech House and other genres. At the end of 2018, due to differences with Rmin, he moved to the newly formed Clubradio-One, where he and his friend Toregualto created the new I Am Trance program, where he hosted international DJs