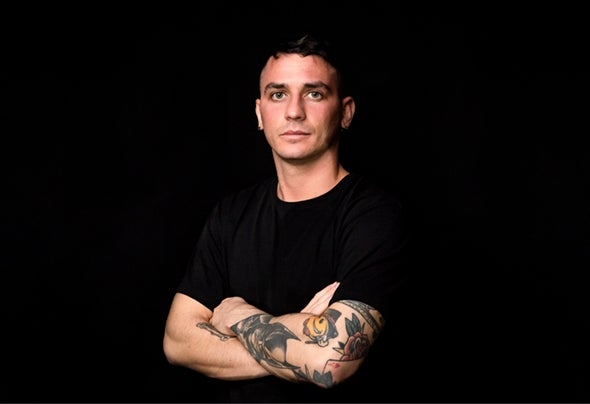 Young and eclectic figure of the Genoa’s nightlife and inuenced by european clubbing, his sound ranging from microhouse to Detroit techno. Since he was a child the music passion was unmeasured. He begins with the keyboard at school and then the electronic battery. With the passing of time he attended the first clubs, where he fell in love with what became a profession only for a few.  When he was just 21 years, has already divided the stage with artists like: Chris Liebing, Joseph Capriati, Josh Wink, Davide Squillace, Ilario Alicante, Alan Fitzpatrick, Matador, Sam Paganini, Rebekah, Nastia and many others. In summer 2011 was protagonist of many important local party, on February 2012 was guest of the Venice Carnival, and He played on the super stage of San Marco square.  In spring 2013 something new was born in the city, the team of RST Events in which enters and finds the opportunity to perform during all the summer party in Italy but also abroad as the protagonist during the official afterparty “BARRAKUD” festival in Croatia, PAG island where the following year performs at important parties like Masquerade of Claptone ad Ants or the closing set after Marcel Dettmann and Ellen Allien. Between the summer and the winter was guest of some important italian organizations including: FRAGOLA (Tenax), Magazzini Generali (Milano) LePlaisir @ Mazoom (Desenzano Del Garda), Sweetly Torino e CLIQUE (Club Brescia). The winter season gives to him important feedback through the guests invited at Tao Club, including the mentioned Alan Fitzpatrick, Sam Paganini and Rebekah. The following winter is guest at Cube Club in Prague. 2018 for Federico is a year of important challenges. after the residence of First festival where he plays alongside big guest such as Nina Kraviz, Sven Vath and Adam Beyer he has got a big chance: ELROW! where he will play for 2 consecutive years.