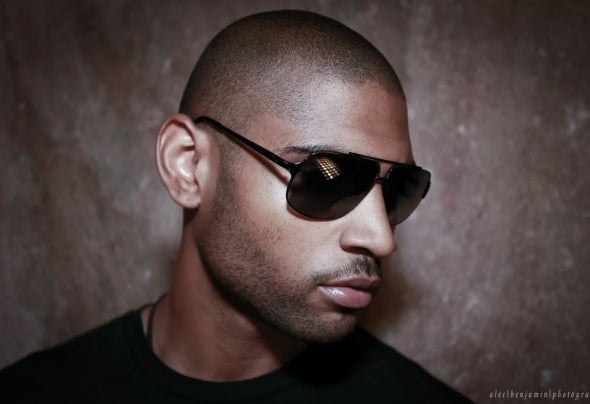 Born on the west side of Detroit, Exhale is a 22 year old rising young American producer channeling a diverse background into his productions. His unique ability to produce distinctly separate genres of Electronic music encompasses intricate Detroit Techno grooves and electrifying melodic House rhythms that are as eclectic as they are energizing. By chance or perhaps fate, Exhale became childhood friends with the son of James Pennington of Underground Resistance fame, after moving to Ann Arbor from Detroit at a young age while his mother was in pursuit of higher education at the University of Michigan. Despite receiving his first Plastikman CD at age 7, it was James Pennington who first introduced Exhale to Electronic music production techniques at the tender age of 14 at his studio in Detroit. Exhale would spend the remainder of his middle school & high school years developing and experimenting with Techno, Hip Hop, and House productions utilizing a variety of production software. It wasn’t until college that Exhale decided to engage in pursuing music full time and subsequently more professional-quality audio equipment was purchased for production. Fast forward to 2012 -- Richie Hawtin is embarking on his collegiate educational tour known as CNTRL, providing students with the opportunity to get up close & personal with some of the world’s biggest Electronic music stars including Loco Dice, Seth Troxler, and none other then legendary Techno pioneer Kevin Saunderson. After exchanging emails with members of Kevin’s long-standing and internationally revered KMS Records team, Exhale was soon submitting demos to the label directly. After developmental dialogue, Exhale was asked to sign to KMS Records in early 2013 and honored with the opportunity to release his debut EP on the legendary label that helped launch the careers of international artists such as Marc Kinchen and Kenny Larkin. Exhale’s debut EP “Into the Deep” was met with critical praise upon its release and received phenomenal full support from none other then Carl Cox, among others.“It s been a great honor to work closely with Kevin Saunderson and his team. I feel fortunate to have grown up in Detroit and to have had the opportunity to absorb inspiration from so many incredible artists who have influenced millions of people around the globe. I’ve always greatly admired Richie Hawtin, Derrick May and of course Kevin Saunderson and I’ve been listening to their music my entire life, so being able to finally meet and interact with these individuals with some level of artistic mutual respect is not only humbling, but greatly motivating as well. T hanks to those who came before me, the path has been paved to elevate our culture to new levels and to continue to spread our message and our style of music and way of life around the world.”Within a year of coming onto on the scene, Exhale was provided with the opportunity to release music on Darren Emerson’s long-standing Detone label, which has featured releases from internationally respected artists such as Vince Watson and John Tejada. In addition, Exhale would form *Oxygen which is a rotating monthly residency that features special guests presenting Techno & Deep House with a special closing finale set performed by Exhale at the end of the night.Audiences around the world prepare to breathe deep and dive as Exhale precisely executes his bespoke mind- bending sets fusing everything from Iberian Tech & Deep House to Detroit Techno and Minimal.Fueled by a stalwart passion for true Electronic Dance Music, and a fierce knight of 4-to-the-floor fire, Exhale is poised to unleash a breath of fresh sound onto the world.