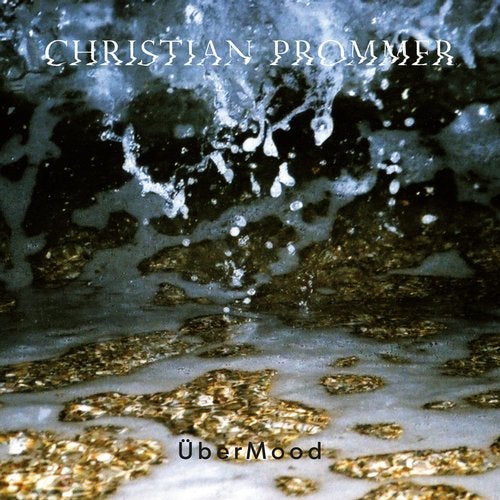 UberMood is a very personal travel of Christian Prommer into his roots. Having collaborators with most of his projects for the last two decades, he now debuts with his first solo album: UberMood.

These 16 songs are a reflection on his musical journey for the past 12 month. UberMood says it all. You need the german "Ubermut" (may be translated as cockiness or devilment) as an artist to go the extra mile out of your comfort zone to tap into new territory. And the mood or atmosphere is something that defines your voice as an artist. This record was written and produced all over the world on the many travels that Christian Prommer took to concerts, studio sessions and DJ shows. Improvisation is the main mantra of Christian Prommers creative process. Playing with the various instruments, drum machines, sequencers and records, Christian is on a mission to the perfect moment. Whether its when playing live with his band (live set with jazz musicians as Drumlesson), at solo concerts or as a DJ, the moment is what brings music to life and connects you with the audience.

To describe the music of this album is quite a challenge.This record travels through all of Christian Prommers musical interests. From classical, jazz, electronic soundscapes, folk and soul-music to deep house music.The rhythm and the improvisation is always a very distinctive element in the music of Christian Prommer. He played many of the instruments on this record himself but reached out to some fine collaborators to get the extra input he was looking for.

Seasoned jazz musicians like Kelvin Sholar (Detroit), Florian Riedl (Muc), Raoul Walton (Nyc) and Jan Krause (Muc) as well as vocalists and co-writers like Simon Jinadu (London), Kim Sanders (Atlanta), Tommy Hien (LA/Muc), Adriano Prestel (Muc) and Lew Stoi (Muc). Some new names and some old friends.
This release also celebrates the long love and dedication that Christian Prommmer has for Michael Reinboth and his Compost Records. Christians first release was on Compost Records in 1995. Since that time Michael Reinboth continued to be one of the main friends and supporters of his music and art.
Christian Prommer is an american producer, DJ, drummer and musician who has produced and composed genre defining and award winning dance music for two decades. As founding member of Fauna Flash, Truby Trio and Voom:Voom, as producer and co-writer for Kruder and Dorfmeister, DJ Hell (their effort "Teufelswerk" was Echo nominated), Kim Sanders (they won the Preis der Deutschen Schallplattenkritik), The Dining Rooms, Incognito and with his own projects Prommer & Barck and most
notably Christian Prommers Drumlesson - his own Band, with which he traveled between the worlds of Jazz and Techno festivals.

As a musician and collaborator he has worked with Carl Craig, Tony Allen, Bugge Wesseltoft, Joe Sample, Til Bronner, Mousse T, Wolfgang Haffner, Incognito, Klaus Doldinger and many more.With his band, solo shows and DJ sets he travels the world non stop from big jazz festivals to the darkest after hour club.