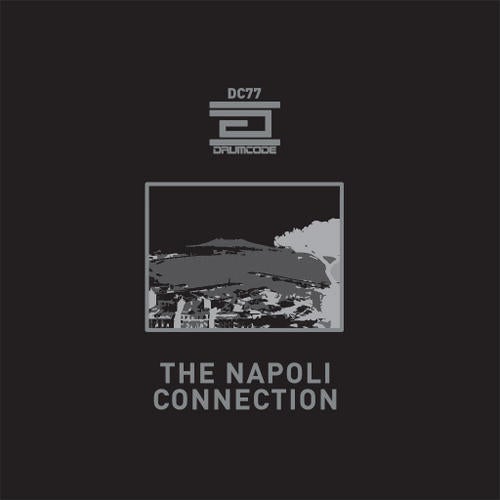 Kicking off the EP are two of the southern Italian city's lynchpins, Rino Cerrone and Mark Antonio. Both producer/djs are regarded as godfathers of the scene and its not inaccurate to say that their stewardship of the scene in Naples is what has put it on the techno map. Their contribution, 'Junction Hands', is a simple filter-driven cut which relies on little more than a paired down percussion set and fluid arrangement to do utmost damage.

Drumcode regular Joseph Capriati follows with 'Vesuvio', a track which takes both its name and temperament from Naples infamous volcano which overlooks the young producer's studio. Uncompromising and relentless, 'Vesuvio' gives fast insight into why the likes of Dave Clarke and Beyer have been so vocal about Capriatis talents.

Sasha Carrassi, having laid down his 'Hypercombo EP' for Drumcode late last year, returns with the heavily percussive 'Drumline'. Rattling toms, layered snares and shifting rides combine with a superbly judged shuffle to create a track as swinging as it is heavy.

Luigi Madonna, having developed a solild reputation via releases for Cerrone's Loose imprint, turns in the searing, mood onslaught of '7 Swords' to close yet another package of distinctly Drumcode floorkillers.