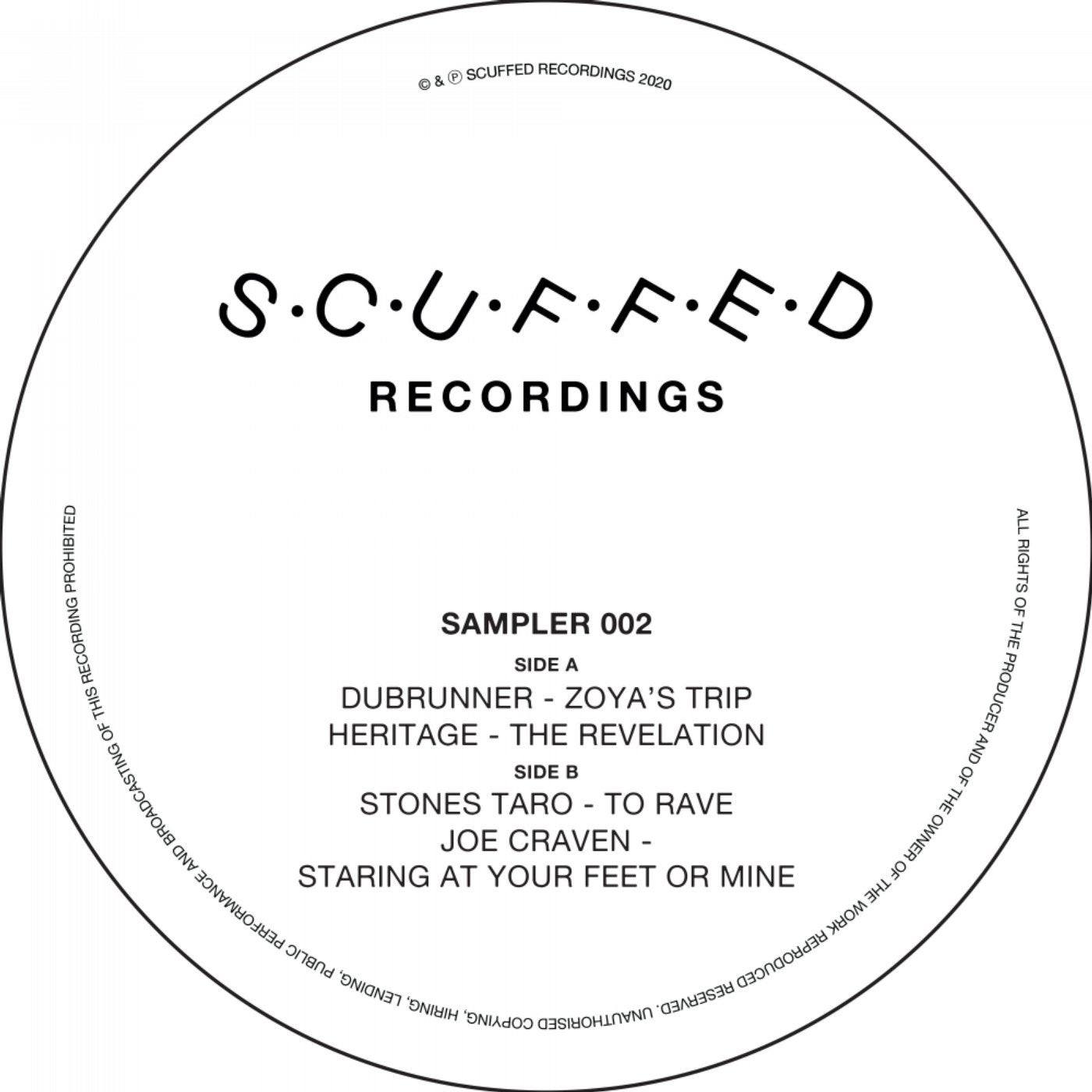 Kicking off the release is Dubrunner's 'Zoya's Trip', originally released in December 2019 on the Scuffed Presents 003 release. Zoya's Trip has become one of the most popular tracks in the Scuffed catalogue, spending six months in Beatport's Leftfield House & Techno top 10, and seeing DJ support from the likes of Anja Schneider, Moxie, and Oneman.

Up next is 'The Revelation' from Brighton-based duo Heritage, taken from their EP of the same name. With its bass-heavy, breaks-driven beat, The Revelation picked up plays on BBC Radio 1, 1Xtra, Boiler Room, and saw coverage in Mixmag and DJ Mag.

On the B-side Scuffed veteran Stones Taro steps up with the weighty 'To Rave'. As one of the most long-standing members of the label's roster, Kyoto-based Stones Taro has become a firm fan favourite with his idiosyncratic take on UK rave music.

Closing out the release is Joe Craven's 'Staring At Your Feet Or Mine', a percussive UK techno stepper originally taken from the Bristol-based producer's debut release.