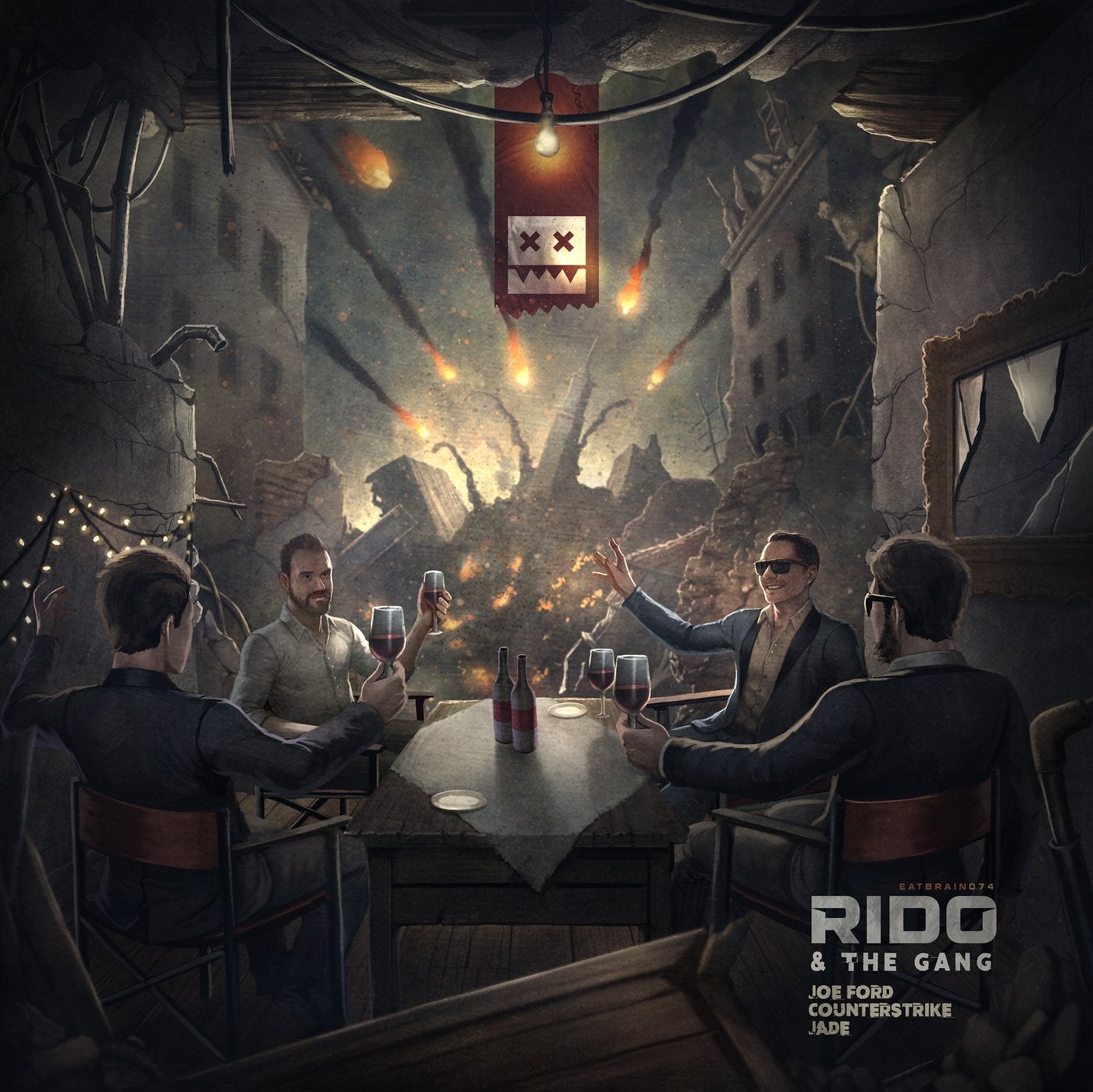 The four men sat atop the ruined husk of their city, basking in the absurdity of their own survival in the face of such utter destruction. Their laughter echoed sharply off of the barren concrete that fell around them as leaves in autumn, it's tone reflecting the strength of their shared bond and amplified by the strength of their shared drink. They looked out over the city through the gap where a wall had once stood, before being torn asunder by a hulking reptilian beast that had passed through town some months ago. Their city seemed plagued by such things, with news of mysterious propaganda machines, corrupt criminal cabals, and strange biomechanical overlords coming to light in the months that had followed that initial disaster. As their gazes wandered through the crumbling towers of the city, the sky began to glow with an eerie red light. Before them, a rain of meteors swept through the sky, streaking towards one of the last untouched monuments of their civilization. Noticing this, the men calmly exchanged glances, calmly regarding each other as they waited for someone to be the first to break. A cacophonous roar interjected shortly thereafter as the first of the stones made impact deep within the city and the resulting tremor shook the men from their contest at once. As each scrambled to remain balanced in his chair and to retain the balance of the wine in his hand, they erupted into laughter once more at the acrobatic antics of their comrades. Returning their attention to the recent impact, they stared calmly at the approaching cloud of debris with detached confidence. With almost choreographed precision each donned a pair of sunglasses before raising their glasses in a cheer. Were there an outside observer, they may have regarded the men as fools. However, there was none, and they were not. For those who had withstood such a litany of destruction, what threat was a meteor shower? RIDO & THE GANG would come out on top. They always did. RIDO makes his EATBRAIN debut and brings THE GANG with him for a collaborative EP featuring JOE FORD, COUNTERSTRIKE, and EATBRAIN label boss JADE as he displays his wide ranging sonic ability over four tracks on the RIDO & THE GANG EP. RIDO first takes center stage with the mysterious STRANGER which features his unique blend of melodics and fast paced sweeping basslines. JOE FORD then joins forces with RIDO for BLUEPRINT, adding his inimitable & otherworldly sonic textures to the mix for a driving bassline assault. COUNTERSTRIKE bring their trademark irreverence and hard edged sound to DA F_K, combining with RIDO to create a profaned bassline worthy of the track's name. The EP is then closed by THE MAZE, a collaboration with JADE narrated by a psychosis inducing vocal. Arriving with THE GANG at his back, RIDO steps up to his EATBRAIN debut with effortless power and presence.