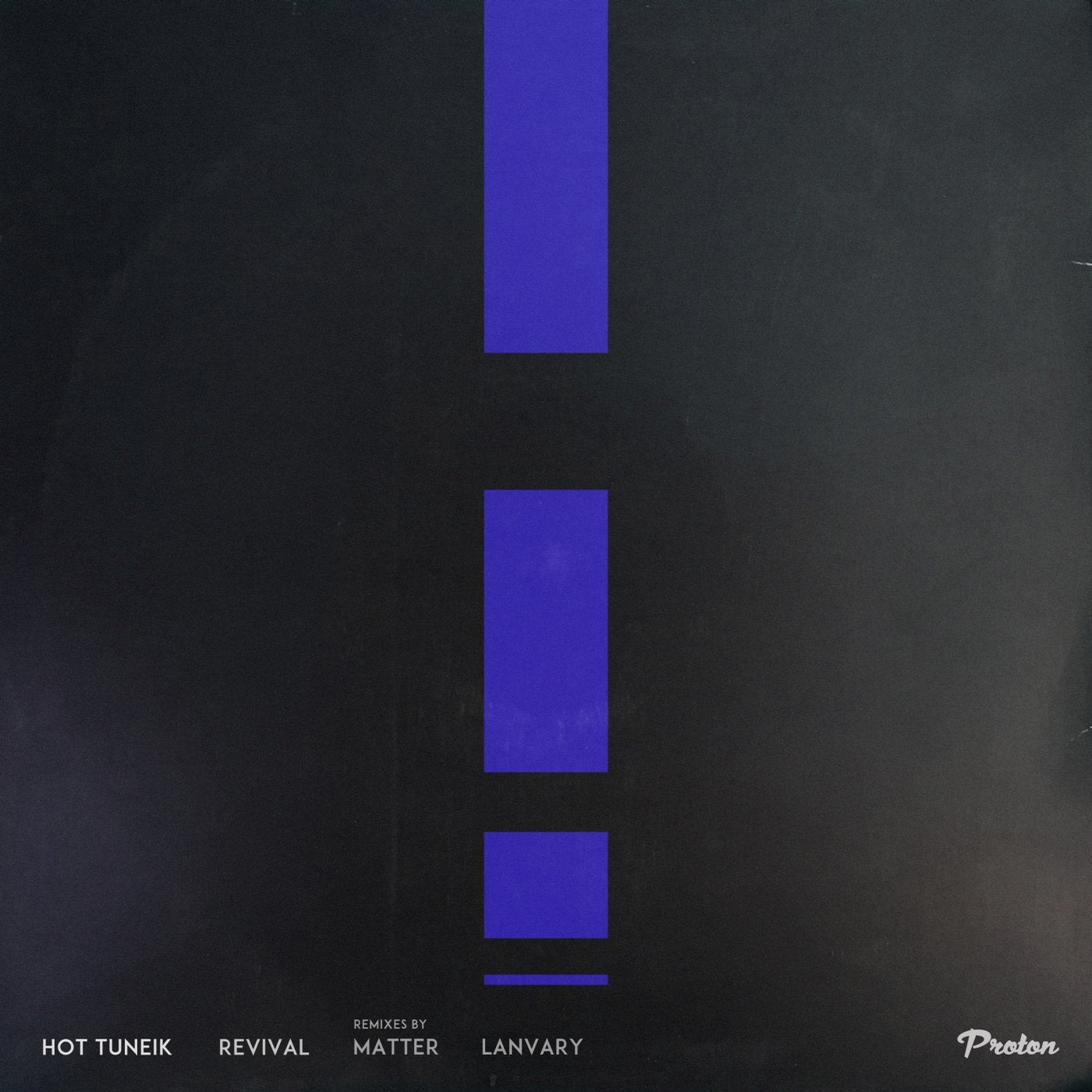 Spring 2018 saw Mexican artist, Hot Tuneik, debut on Proton Music with "Revival". Now returning to the EP, new remixes from esteemed producers provide a fresh new perspective. Taking the underground dance scene by storm with his distinctive and highly sought-after sound, Matty Doyle has found considerable success with his Matter pseudonym. Through a combination of "deep synth lines, driving bass and pulsating rhythms", the Australian producer has found his music signed to a host of blue-chip imprints that include Replug, JOOF and Anjunadeep. A regular across Particles and Proton Music, his work for the latter combines stunning collaborative material with fellow countryman, GMJ, in the shape of "Superposition" and "Osmosis", with equally impressive solo work that saw the scintillating "Pronoia" and "We Are Dust" EPs hit the virtual shelves in December 2016 and November 2017. Reworks of Dousk, Biologik and Cristian R have also illustrated Matter's silky production skills as he now returns for a fourth solo outing. Taking on the title track, the essence of Hot TuneiK's original components can be heard within the Matter interpretation of "Revival" as shimmering delayed chords and smooth grooved bassline stand out. Building intelligently with a raft of additional production material, a new bassline progression appears at the mid-point breakdown to supply depth and intrigue while a sumptuous beat and head-shaking groove keep the energy high throughout. The 'double-headed dragon' that comprises the Lanvary production duo, has seen Alex and Andrew become a major force in the electronic music scene. Diverse musical perspectives have seen the pair delight with a musical recipe that combines elements from progressive and deep house with techno flourishes in a distinct and unique sound. Over a century of production credits can be found next to the Lanvary name since an early debut for Underphunk in late 2010. Going on to see their music featured on Stellar Fountain, Mistique Music and Particles, their work for the latter has found success with a trio of original EPs in 2015's "Micromegas", 2016's "Penumbra" and 2017's "Leviathan". Lanvary's work for Proton Music is centred around the superb "Venus" in December 2017, while a pair of remixes for Matter is now followed by a wonderful reworking of "Memories". Hitting hard with dominant beat and ticking off-beat percussion, a sumptuous bass groove quickly makes its presence felt as the melodic elements of the original resonate through the Lanvary interpretation. The pulsating string motifs from Hot TuneiK's track rise and fall throughout and a host of new production material supply dynamic dance-floor credentials to keep club-goers happy with a seamless blend of rhythm and melody. Hot TuneiK's "Revival" is complete as new remixes from Matter and Lanvary reinvent and revitalise. Directed by Jay Epoch AandR by James Warren Mastered by Cid Inc., Lanvary Design by Ben Mautner Text by James Warren