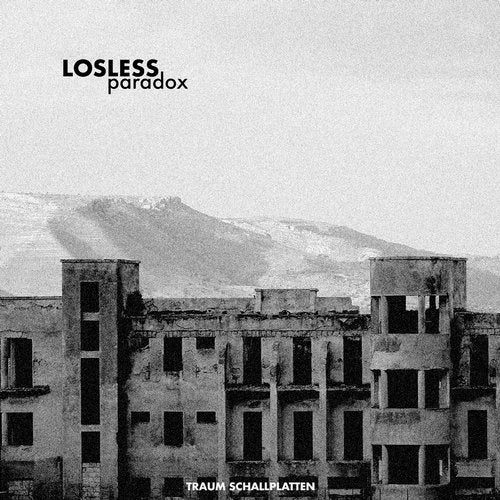 The duo from France have released one EP with us so far which definitely expressed a different focus musically than a lot of recent releases we had on Traum.
Their second EP continues to do so, keeping an analogue flow that is flavored with sounds that take a tight turn.Losless are probably one of the biggest talents hiding under the radar. They are resolute and allow no compromise when it comes to their idea of how they want to present them selves which is mainly through their live appearance at festivals and clubs in France and Turkey.

"Damaged Tape" is one of these wanderlust tracks that stick to your brain such as Ricardo Tobars "With You". A corrupted flow of energy that has determined some of the greatest tracks on Traum, all done in their unmistakable own handwriting. A tour de force and a track which has to be played loud, yes one of these.

"Bushi" we could call it a downbeat track, but we are not really convinced that this genre features this kind of music music which delivers a stunning performance, super spiritual and deep dwelling. Keeping a perfect pace, this composition seems flawless. A jewel!

"Ghel" has the funk of a corrupted geiger counter: It is super sexy, keeping you in an upright position what ever you do and is always super slack and cool.The track is challenging and has a nice epic break down which feels like as if you where defrosting your fridge. In the last minute it runs havoc and just throws you from one corner into the opposite one.

"Opa13" is a jackhammer track expressing a lot of paranoia. In this sense it is much more a techno track but still includes that uncertain twist Losless is famous and loved for.

"Paradox" is quite straight for Losless maybe this is a paradox in itself but it does keep a very clear and disturbed course of logic with passages to freak out.

"Caesium" is a hell of an artistic track that grows step by step into something unknown. The mystic of the track sees no limits and it is best just to follow, because that is the key to that track to let yourself go and throws all your preconceptions over board.