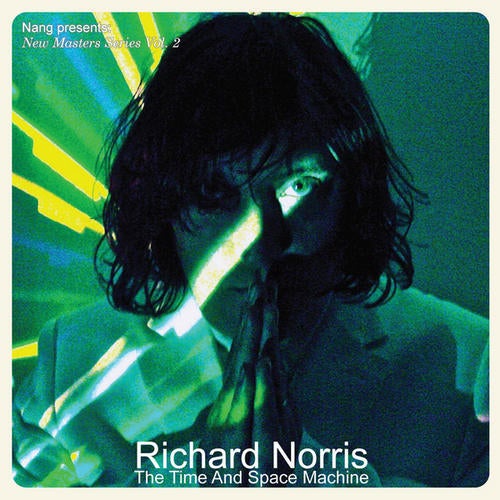 When it comes to being a man of many talents there are few to equal Richard Norris. DJ, producer, musician, audiovisual artist, A&R man, author and journalist, his is a career of many twists and turns which have always seen him at the forefront of pushing new ideas forward and championing diversity and innovation. As 2010 closes Richard is focusing most of his energy based around three projects: 'Beyond The Wizard's Sleeve', 'The Grid' and 'The Time And Space Machine'.

As the next installment of the Nang Masters Series (Volume 1 was Bottin), our main protagonist delivers his 'Time And Space Machine' themed compilation. Gathering his favourite tracks from some of the coolest Indie labels around, each track is either a remix or a specially commissioned edit.

Things open up with Richard's cheeky Pink Floyd-esque take on 'Neeve' from Permanent Vacations prime movers, Woolfy Vs Projections. Mining the 60's psychedelic seam that runs through all of Richards' music we then get the groovy 'Bones' from A Mountain of One. If Richard on this album is one part Psychedelic and one part Balearic then his third part would be 70's and Disco. You can hear his slick grooves and sounds on tracks such as Space's 'Carry On Turn Me On', Visti and Meyland's 'Stars' (an Andrew Weatherall favourite) and the slow-mo disco of Bastilla's 'Ghosts'.

Every album needs down-tempo, chilled and Balearic moments and here we have three fine examples; the beautiful 'March of The Dawn' by the Mummers, the SoCal summer sheen of 'Chemise' by Sorcerer and 'Ghetto Glamour' by Chris Coco's City Reverb project.

Rounding off the master stroke of influences - which all sound dispersed while all retaining that magic, unifying Richard glow - are the trippy 'Different Light' by Psychic Sherpa, the earthy 'Polaris' by the Yellow Moon Band and the 'This Little Night' by the most clever Pollyn.

All in all a fine listening experience and a great way to spend an hour of audio delight. Stay tuned for more from the Masters series and of course more from Richard, in any of his guises.