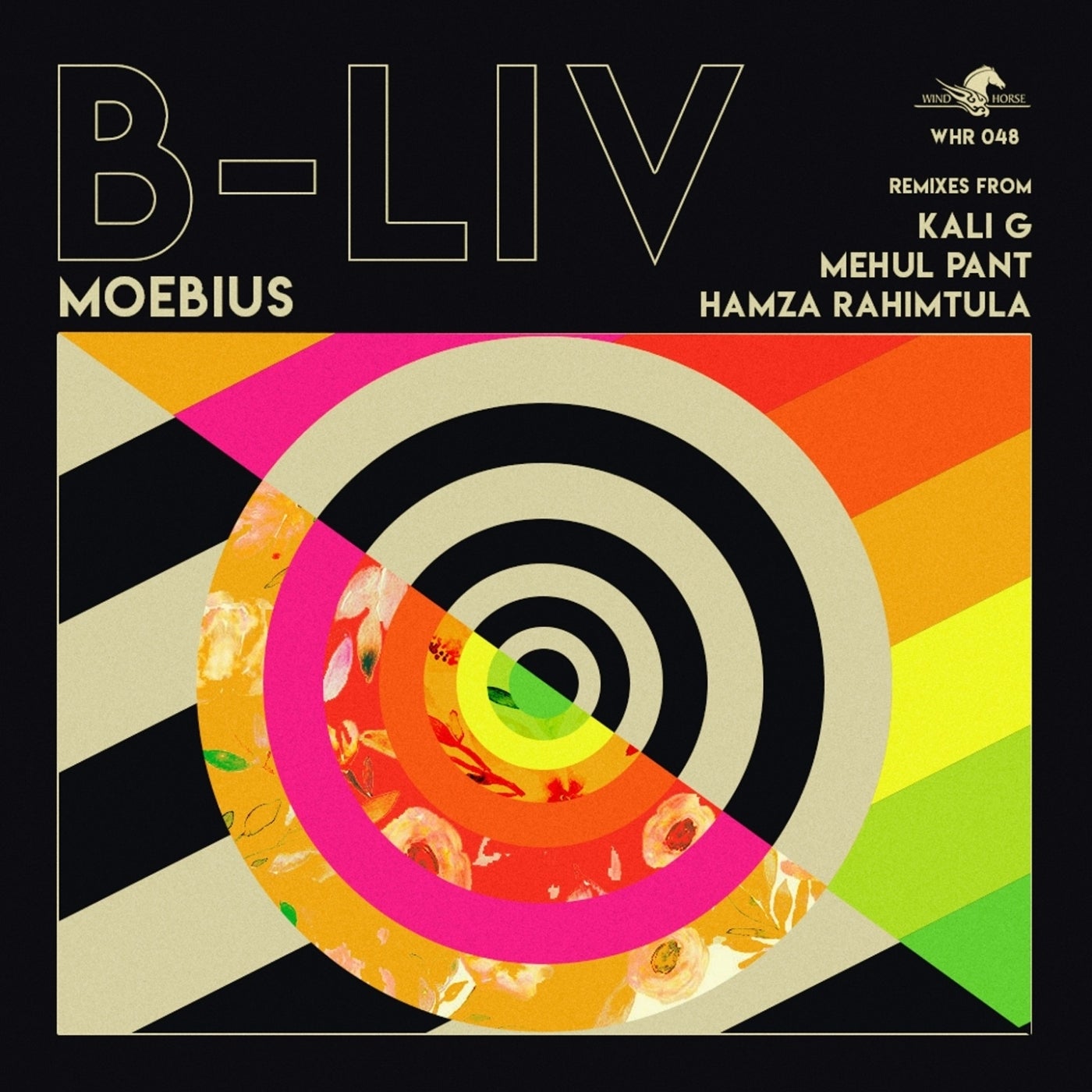 At a time when a pandemic has the world teetering on uncertainty , music can be a healer and a motivator. Keeping this in mind, Wind Horse Records is thrilled to welcome veteran Mexican DJ and producer : B - LIV on to the label with an enchanting five-track EP that also consists of remixes from Kali G, Hamza and Mehul. The release titled 'Moebius' is bound to enthrall your senses right from the outset!

The EP kicks off with the title track itself and opens up with a sensually slow house groover that peppered with ethnic rhythms and airy soundscapes. Moebius begins with a chunky kick drum that's accompanied by a subtle bassline and organic percussion. The tune builds a heady aural cadence that enraptures the listener with B-Liv's musical sensibilities. Stabs of delicately construed melodic notes tease the ears with what's in store, slowly overlapped by soulful overlays from a flute. Coupled with an acid-influenced, arpeggiated lead Moebius builds into a wonderful crescendo through an emotive and near silent breakdown to a rapturous groove.

The second track "Escarlata" depicts the intimate side of B-Liv's production abilities with a heart-warming minimal house bomb. Fairly simple in form but extremely intelligent it's concoction - Escalarata overlays lush, dreamy atmospherics with hypnotic and mysterious vocals that lure your senses into his electronic wonderland. Functional in its flow, the track makes the mind wander with a deep, hazy breakdown, interspersed by magical transitions and a groove that can "lock-in" a dance floor and inspire ecstatic dance-floor emotions. Don't be surprised if you hear this being dropped at 6:00 AM somewhere in the near future.

The well-travelled, much admired and truly loved Windhorse veteran - Kali G, steps up on remix duties for the third installment of the EP with a powerful, stripped down rendition of "Moebius". The track begins with a busy and tight amalgam of a kick-drum, snare, hi-hats and flutters of eclectic instruments. A slight departure from the regular for Kali who's distinctly middle-eastern panache and vibe come through despite the novel approach. Unrelenting, the track makes sure your feet don't stay at one spot at the same time. The notes of the flute appear fleetingly, almost reminiscent of the original but different at the same time. We're pretty sure you might be throwing shapes to this one at home or at the club!

Label boss Hamza needs no introduction as he contributes a proper peak-time banger for the fourth of the five-tracker. The track kicks off immediately with a phat bassline that's interspersed with tropical percussive grooves that lend this version of "Moebius" with it's own aura. The remix leads into a deep and filtered down, hypnotic breakdown that adds to the intrigue, coupled with samples from the original. As the filter opens up the track explodes once again, commanding any sound-system that it's blasted on. A sure-shot addition to the record bags of several DJs who play this kind of underground sound as B-Liv and Hamza team up to toss down something that you would call 'Propah'!