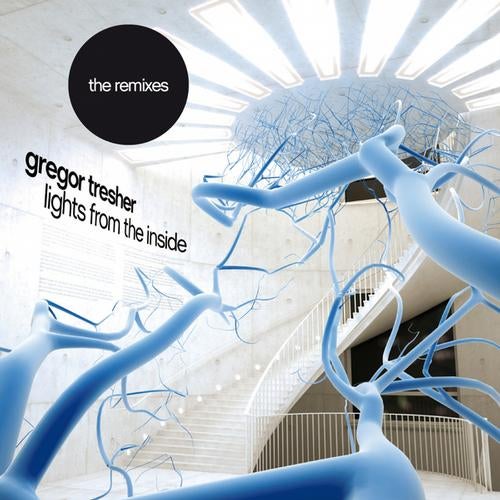 Gregor Tresher"s recent full-length album "Lights From The Inside- has been praised by the press, DJs and fans alike as yet another masterpiece in a long line of releases that has cemented Gregor"s status as one of the most consistent artists in modern electronic music. Tracks like "Leaving-, "Through The Shadow Glass- and "As Days Go By- (pre-released on Josh Wink"s Ovum imprint) found their way into playlists and charts of many of the usual suspects in the international Techno circuit. While Gregor is halfway into an extensive 6-month world tour, we are now very proud to present the album remixes. Gregor invited five of his favorite producers of the moment to remix their favorite tracks from the album. First up we have Nic Fanciulli, who once again shows why he is one of the most in-demand artists of the moment, giving that special Saved-touch to his interpretation of "Lights From The Inside- by turning the more contemplative original into an A-class primetime weapon for summer-dancefloors! Next up we have Dave Sumner aka Function, one half of the mighty Sandwell District, who adds his signature, dark and twisted touch to his interpretation of "Through The Shadow Glass- by really focusing on the "shadows- - we can see this remix tearing things up at the more industrial Techno floors. Then we have Dosem from Spain - every fan of electronic music will be aware of his recent productions on Tronic or Sino - finding the perfect balance of melodies and dancefloor-appeal once again! With his moody approach, Nick Curly (together with production partner Gorge) from the now-famous Mannheim area, pays respect to the melodious vibe of the original track delivering another highlight of the package. Last but not least we have a remix by one of the most recent Break New Soil contributors: Patrick Siech, truly one of the producers of Sweden"s new school of Techno, chose "Echelon- and transformed the already massive original into something even bigger. It"s a nice coincidence that with this release by labelowner Gregor Tresher himself, Break New Soil celebrates the anniversary of being 25 releases young. Here"s to many years to come! Enjoy!

Lights From The Inside (The Remixes)