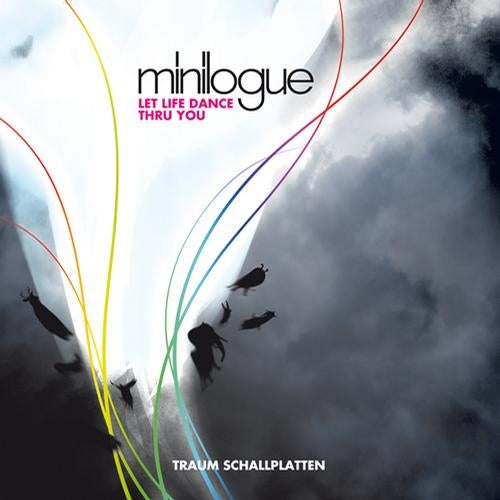 "Let life dance thru you" reveals itself as a "safari" of live played percussion, instruments and sounds. The duo create here a biotope of sounds that interact with each other... like a live band would do at times almost arabesque sounding this track is full of mysterious soundscapes... jazzy played instruments... flutes running havoc... it could as well be: a spiritual "Voodoo session" from the 70ies!The whole sound selection if it would be described in colors, would be dark brown, black... with bits of gold. No shiny lights or illuminated plains. Almost 11.00 minutes long this track is a real journey and certainly for the "people who know" rather than feeding DJs.If you thought you heard it all, then listen to "Drop the mask of self protection" on the flip side. The 18 minute epic, could be described as a sound track for "Apocalypse Now", haunting, hallucinatory, it starts off with roaring bassy sounds, cicadas striking up their songs in a sonic wave, answer calls of animals join in, until, step by step the darkness makes place for open plains and a broad illumination of these turning the track much more towards ambient. The track then undergoes a change towards strong beat patterns when it slowly evolves into a deep acid track. In addition to the two remixes comes a remix by Simon Wish who is based in Miami and has released on Cocoon before.His rework is based heavily on dub influences and feedbacks as well on a steady full functional DJ interpretation of Minilogues original.

Let Life Dance Thru You