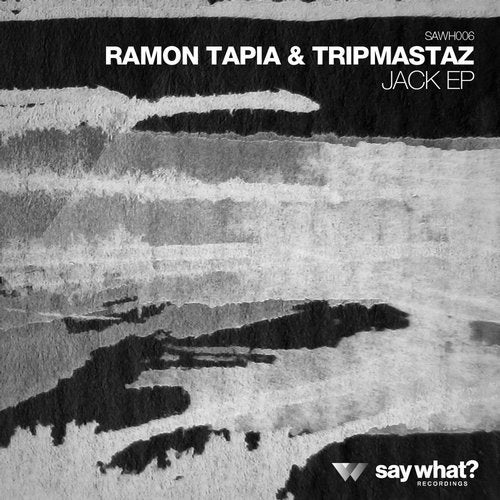 Five releases in and Ramon Tapia's Say What? imprint has impressed and strengthened with each and every single, all of which have come from the label boss himself, seeing him turn out some of the most heavily supported house tracks of the past twelve months. Projecting enough weight to satisfy fans of his techier work, singles such as '411' and 'Y Not' have also brought Ramon support from the true house heads.006 sees the Belgian team up with Russian producer, Tripmastaz, on two new and essential house jams. With a history of releases stretching back to the early 2000's, it was Tripmastaz' work with DJ Sneak's Magnetic Recordings in 2010 that really shot him into the limelight. Championed by the 'original house gangster', he has since gone on to launch Plant 74, his own label, and release music with Cecille, Be As One and Realtone.Title track 'Jack' matches warm basement beats with an oldskool vocal sample declaring the death of Jack. Do not fear, this 'Jack' is very much alive and well and groovin' with a healthy dose of retro-feeling. On the flip we are treated to 'Boogie Freak', a locked-tight horn-driven filtered groove, where 70's disco meets 90's Cassius, garnished with the Tapia/Tripmastaz 2013 touch.