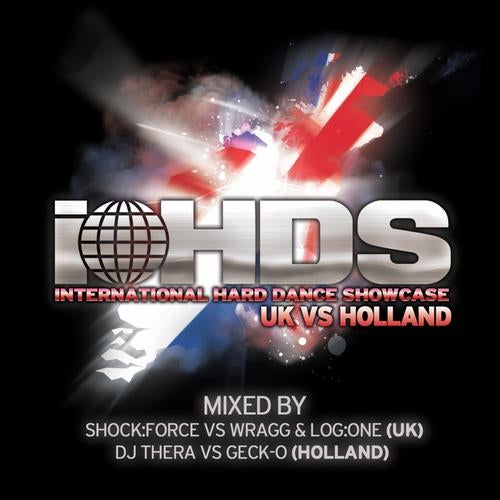 The Worlds undisputed biggest hard dance success story 'International Hard Dance Sessions' touches down for another edition bringing the world together in fast ferocious beats and uplifting melodies! For our fourth album we are excited to announce our first international battle bringing 4 of the hottest talents on the harder scene together to battle it out in our UK vs Holland Showcase! These 2 countries have been the epicentre of hard dance since the late 90's with the UK bringing the birth of hard house and the UK hard trance scene whereas the Netherlands has been the birth place for hardstyle which is truly one of the biggest sounds to sweep the globe this decade! IHDS creators Phil York & Fausto have hand picked their favourite acts to combine in this international fight for the top! From the U.K we welcome two duo's both who have been dominating the sales charts over the past few years with their infectious hard trance melodies, big kicks, tight snare drums and all in all immense productions, Shock:Force vs Wragg & Log;One. Going head to head in this North sea Battle with these two duo's we welcome from Holland Thera Records front man DJ Thera and his partner in crime Geck-O. Both of which have been on fire the past year playing at major festivals across Europe including Dance Valley, Ground Zero, Monday bar Cruise, Pleasure Island and many more! This pair deliver a seamless mix of the freshest hard dance and hardstyle from the continent with lots of pitch kicks, sinister melodies and ferocious drops! For the first international hard dance showcase its U.K vs Holland, who will be the winner? You decide! Packed full over over 40 of the hottest hard dance and hardstyle tracks around with tracks and remixes by Headhunterz, Kutski, Zatox, ASYS, Luca Antolini, Phil York, Dark by Design, Sa.Vee.Oh, BRK3 and many more!