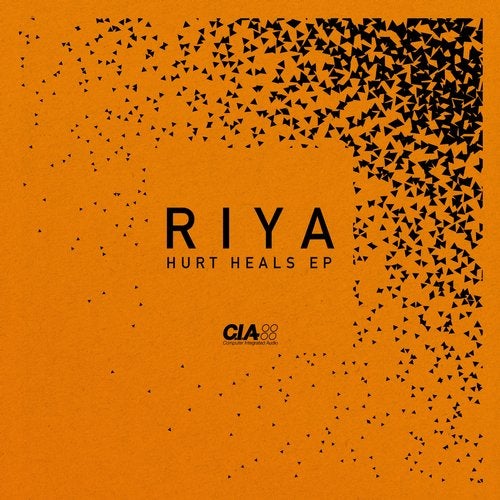 Riya's forthcoming 'Hurt Heals' EP further cements a groundbreaking reputation which has been years in the making. After being crowned queen of drum & bass at the 2014 and 2015 Drum & Bass Arena Awards and stretching her vocals across a wide variety of genres, she's collaborated with dance music heavyweights such as Roska, Skream, Von D and Maverick Soul whilst still looking to build on this impressive career path. That's because Riya is an artist in the truest sense, becoming an icon behind the decks as well as in the studio, with releases on some of drum & basses most definitive imprints. From her critically acclaimed LP on Spearhead, to releases on Critical Music, Metalheadz, Soul:r, Shogun and Digital Soundboy, she's continued to showcase her talents as a multi-faceted icon. And for her next output, she once again joins the roster of Total Science's legendary CIA Records, adding to an already stellar back catalogue of music. First up on the track listing, Villem, McLeod and renowned MC DRS joins Riya for 'Ships', a track which ruminates on melodic vocal crescendos whilst switching between clattering drum patterns and strident note arpeggios. DRS' gruff lyricism adds a jagged edge to the mix, leading to a more aggressive breakdown. Rolling out next is 'Left Behind', featuring Nymfo and Zero Zero. The record oozes with jazzy undertones and crackling sub bass, with a harder switch up pushing its way through the composition. Then you're introduced to title-track 'Hurt Heals' with Alibi, an emotive roller underpinned by tinkling piano and pushed forward on a carefully stepped out bassline. Alongside Phaction, Riya delivers 'Never Wrong', a more urgent dancefloor offering which rips through with stabs of distorted bass and clanking percussive elements. 'Used 2 Be' brings Random Movement on board for a more understated record, breathing life through its glaring instrumentals. And finally, Riya down plays the tempo with Maverick Soul for 'Numbers', together adding another dimension to the EP's versatility. As a collection, they present a diverse set of sounds, reigniting the attention which surrounds Riya within the wider dance music circuit. And following an extensive tour schedule this summer, playing sets at the seminal Nu Forms festival and staple events across Europe's capital cities, now is the perfect time for Riya to extend her groundbreaking discography.